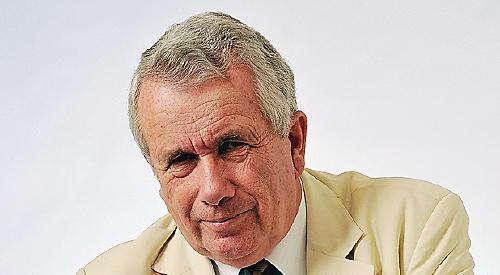 MARTIN Bell was introduced to a full room at Phyllis Court and an audience eager to hear him.

For a full hour he regaled us with stories from his life in National Service, as a reporter in various fields of battle, and as an MP and Unicef ambassador, followed by views on the news as it is reported and received now and interspersed with some of his amusing verse.

He considers celebrity culture and rolling news to have changed news reporting and broadcasting, with less fact-checking and consideration of stories before going to air.

Rolling news is never wrong for long, he says, alluding to the constant revision as stories develop and new videos pop up.

This recent development is not the first time news reporting has changed emphasis. During the Sixties a “journalism of attachment” developed whereby reporters began to file more personal accounts of what they saw and heard, especially within war zones such as Vietnam. This differed from the purely factual and dispassionate reporting of earlier news.

Over 30 years Bell reported from numerous countries and conflicts including Vietnam, Angola and Sarajevo, where he was injured, and we heard stories and comment on his relationships with various “warlords” who remained nameless — ever the diplomatic journalist protecting his sources!

In 1997 he made his name as an MP in his famous white suit (which is still his signature look) by successfully contesting the Tatton seat on an independent anti-sleaze ticket against Neil Hamilton.

Stories about life as a politician were similarly told — mostly without identifying the protagonists. But judging by the rumbles of recognition arising from the audience, there are some who know the details.

Apart from his disquiet about factual and truthful news reporting, Bell is concerned that politicians today do not benefit from the advice of those who have served on the ground during wars and therefore have the experience to impress upon policymakers the full consequences of possible military actions.

War and the Death of News: Reflections of a Grade B Reporter will no doubt give plenty to think about within its pages from one of our most outstanding TV journalists.