How the UK went for gold 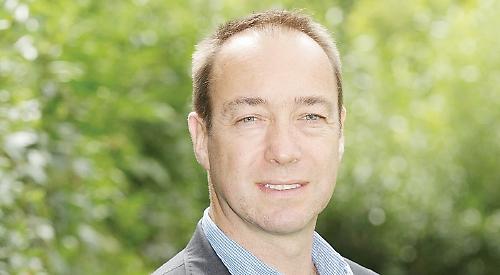 I’M not a huge sports enthusiast, so I ummed and ahhed about booking tickets for Owen Slot’s talk on how Britain turned into an Olympic superpower.

As a trainee performance coach, I was keen to discover if any parallels could be drawn between coaching athletes and those who want to fulfil their potential in other areas of life.

However, I wondered if it would be akin to listening to football pundits discussing the finer points of a match — thrilling if that’s your bag but otherwise pretty much incomprehensible.

I needn’t have worried. Despite a minor issue with sound at the beginning, Owen’s interview was a riveting account of just what an extraordinary Olympic journey Britain has been on.

From ranking 36th with just 15 medals in Atlanta 1996 to ranking second with 67 medals in Rio 2016, Britain’s climb to the top has been nothing short of meteoric. And Owen, who attended all these Olympics, has had a front row seat for the amazing progress made.

To write his book The Talent Lab, Owen collaborated closely with the performance directors of UK Sport, Chelsea Warr and Simon Timson. They helped him gain access to a huge range of top sports personalities and coaches, so the talk was peppered with shrewd anecdotes about just what it takes to spot, train, motivate and become a super-elite athlete.

For example, having the right body type is key. We heard how the physiology of the Chinese diving team was measured to help the UK find someone who fitted the bill (Tom Daley). We also heard how freshers at Bath University were scoped out to see who topped the height requirement of the ideal rower (Heather Stanning).

When it comes to personality, Owen told us the super-elite tend to be selfish and have obsessive streaks — in other words, similar traits to psychopaths. A pattern of traumatic events in childhood, such as divorce, death of a loved family member or self-harm, has also been discovered. It certainly isn’t a recipe for balance and happiness.

This brought us on to a provocative subject — how hard is too hard to push? For example, Owen explained how Michael Phelps’s coach would constantly put hurdles in his way, such as stepping on his goggles before an important race and leaving him to swim “blind”.

Listening to the means and methods of motivating the super-elite was extremely thought-provoking. From Danny Kerry’s eventual empowerment of female talent in the women’s hockey team to learning lessons from sources as varied as the SAS and the Yehudi Menuhin School of Music, no stone has been left unturned in the quest for success.

I thought Owen’s passion for the subject and his breadth and depth of knowledge really shone out. The Talent Lab promises to reveal even more insights and, after his excellent talk, I’m excited to read it.