Village is a place to belong 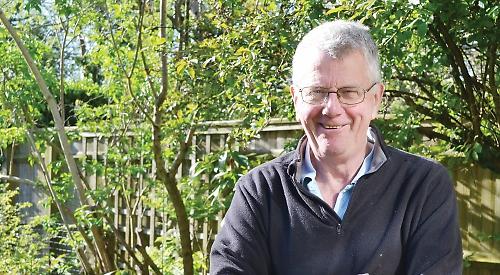 FULL disclosure: Tom Fort is a friend of mine — we live in the same village and our daughters are close.

Of his many admirable features, his manner of speaking is the thing I like best. In any conversation, he is knowledgeable yet open-minded, authoritative yet self-deprecating, erudite yet down to earth. And underlying everything he says is a deep well of humour that he regularly draws from.

Tom’s talk about his new book, The Village News, followed the same vein. There were very few spare seats in the town hall, and he greeted his rapt audience with jokey remarks about the turnout being much better than a festival he had attended in Chichester, when only two seats were occupied.

He then gave us, and himself, the pleasure of “[his] own voice, uninterrupted” as he spoke about the role and function of villages, from pre-history to the current day.

We learnt about how, after the end of the war in 1945, agricultural transformation irrevocably changed who lived in villages. No longer the preserve of farm labourers and blacksmiths, newcomers flocked in. Here were the middle-class commuters who brought with them entirely different aspirations and values — and the need for many more houses.

Housing development plans are both a current and controversial topic, and Tom enlightened us at length about his own ideas for finding the right balance. This is a topic he knows much about. As a parish councillor in Sonning Common, Tom played a key part in successfully challenging developers who tried to ignore a neighbourhood plan for the Kennylands Road site at the beginning of this year.

The councillors’ fight was clearly long and arduous, their victory testament to the hard work and persuasiveness of many people. However, in Tom’s typically witty fashion, it’s his anecdote about how he garnered local support by cycling around with a loudhailer borrowed from Chiltern Edge School — to the mortification of his daughters — that really sticks in the mind.

In essence, The Village News is an amusing and astute love song to the changing yet enduring appeal of the humble English village, and a call to us all to “love and cherish them to make sure they survive and thrive”.

Tom asserts that the allure of living in one is strong because it continues to fulfil so many of our basic human needs, such as familiarity, security and a place to belong.

Having spent half his life living in Twyford and Sonning Common, he’s clearly a local boy at heart. And, arguably, he is also one of the best authors our village has ever produced.