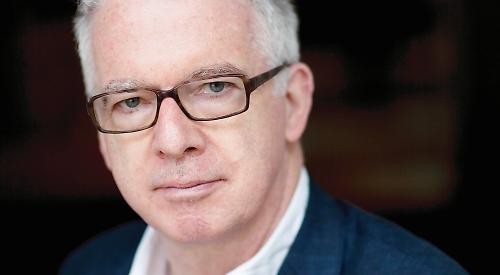 PETER Stothard was editor of the Times and then of the Times Literary Supplement for a period that amounted to almost a quarter of a century.

He took over the Times editorship in 1992, shortly after Margaret Thatcher reluctantly stepped aside for John Major.

For some time Stothard had been part of a faintly unorthodox, not to say rackety, group of five men who met in a Wapping pub, united by a love of Latin (or a desire to learn it) and an admiration amounting to love for the blessed Margaret.

Stothard’s recent book, The Senecans: Four Men and Margaret Thatcher, was the subject of his discussion with fellow journalist Stephen Robinson.

Seneca was a Stoic philosopher and writer, best known perhaps for being an adviser to Nero until he fell foul of the emperor and was encouraged to commit suicide, which he did by slitting his wrists and dying in a warm bath.

The four men who met up in the Wapping pub and who had a Senecan role, sort of, in the court of Thatcher were Ronnie Millar, playwright and speechwriter (he was responsible for Thatcher’s “the lady’s not for turning” schtick), the sycophantic Woodrow Wyatt, Frank Johnson, a “secondary modern” boy who went on to edit the Spectator, and the Lord Lucan-lookalike David Hart, also a “bounder” in Stothard’s description.

All four are dead now, though not in the stoical or compelled style of Seneca. They looked on the Roman philosopher as a lens through which to view the modern world.

The impulse to write the book, Stothard revealed, was watching the demolition of the place where he used to work, which was home to four newspapers — the “Great Wapping Lie factory” to its enemies — and being asked questions about the Thatcher era.

One of the later questions, inevitably, from the Henley audience was about what Mrs T’s attitude to Brexit would have been: for it, Stothard had no doubt at all.

Other questions were on Donald Trump and Boris Johnson, both politicians with a feel for what people want or need, and supporting Stothard’s thesis that politics is only a semi-rational business.

This was an interesting session. I’d have welcomed a few more anecdotes about the men who gathered in that riverside pub and we might have benefited from a biographical sketch of Seneca at the beginning, to put things in context, but the discussion was a real incentive to (buy and) read the book.

What more can an author ask for?