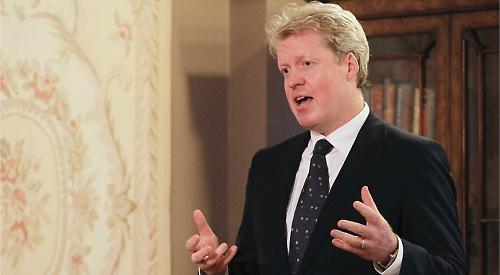 THE younger brother of the late Diana, Princess of Wales, is coming to Nettlebed Village Club later this month to talk about his latest book.

Charles Spencer will be discussing his research for — and his personal interest in — the story of To Catch A King: Charles II's Great Escape, which is currently in the bestseller lists.

The book asks the crucial question: how did the most wanted man in the country outwit the greatest manhunt in British history?

To Catch A King is the true tale of perhaps the greatest escape in English history — that of Charles II who, after being defeated at the Battle of Worcester, fled for his life.

It is the story of the luck, grit and loyalty that helped Charles evade Parliamentary enemies keen to quickly catch and execute the Stuart heir who had risked everything to gain the crown of England.

Punctuated with unforgettable characters, To Catch A King brings to life one of the most thrilling chapters in royal history.

The ticketed talk is being presented by furniture specialists Brights of Nettlebed and takes place at 7pm on Wednesday, November 22.

It will be followed by a book signing and photo opportunities with Earl Spencer in the nearby furniture showrooms.

Advanced booking is necessary. Each book purchase at £20 secures two seats, with additional seats available at £5 each.

All net profit of book sales and seat bookings by Brights of Nettlebed will be donated to Whole Child, a charity devoted to improving the lives of children worldwide.