New arts festival has an Abbey ending in store 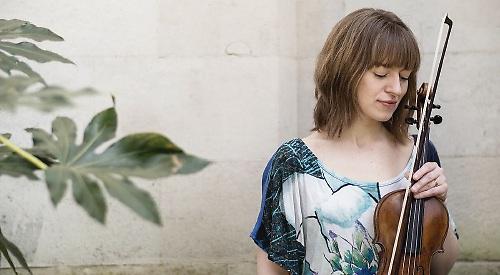 A NEWLY launched arts festival for the towns and villages in and around the Chiltern Hills will climax with a concert at Dorchester Abbey on Sunday night.

Performed by the City of London Sinfonia with horn soloist Ben Goldscheider — a recent BBC Young Musician of the Year finalist — the 7.30pm concert will bring together two of the greatest child prodigies who ever lived: Mozart and Mendelssohn.

Opening with Mendelssohn’s evergreen Hebrides Overture — which, as the name suggests, was inspired by a trip to Scotland — Goldscheider will take centre stage for a performance of Mozart’s effervescent Horn Concerto No4 in Eb Major.

Conductor Mark Wigglesworth said of Goldscheider’s playing: “He makes the horn proud. He makes it sincere, noble — he makes it all the colours you would want, and more, from any instrument.”

The concert, and festival, will then culminate in a performance of another holiday-inspired work by Mendelssohn — the joyous Italian Symphony named after his travels in Italy.

And with the festival running for nine days in total, there is still plenty of time to get into the holiday spirit.

For lovers of Brahms, tonight (Friday) sees the first performance of Brahms in Love, devised by Jeremy Sams and Christopher Glynn, at the Archer Recital Hall at Wycombe Abbey school.

Accompanied by Christopher Glynn on piano, they will together be telling the story of Brahms in words and music.

The programme centres on the composer’s famous and irresistible Lovesong Waltzes (Liebeslieder Valser), which will tonight be heard in the world premiere of new English translations by Jeremy Sams, alongside solo songs and readings from the letters and diaries of Brahms and his circle.

The pre-concert talk will see Graham Topping discuss Brahms’s life and work and the challenges of translation.

Opening with Beethoven’s Horn Sonata in F Major, the programme continues with Schumann’s melodically beautiful Fantasy Pieces and culminates with the richly expressive and much loved Horn Trio in Eb Major that Brahms composed following his mother’s death.

The festival takes an operatic turn on Saturday evening when Ryedale Festival Opera performs John Warrack’s new translation of Mozart’s The Garden of Disguises at Piper’s Corner School in High Wycombe at 7pm.

Full of lyrical beauty, human foibles and dramatic intrigue, with two of the characters in thinly veiled disguises and lovers and
ex-lovers crossing paths at every turn, this is billed as an opera of secrets and lies but also of forgiveness and reconciliation.

Secrets of a different kind will be up for discussion at 1pm on Sunday when the journalist and author Sinclair McKay gives a talk on his new book The Lost World of Bletchley Park at St Mary-le-More Church in Castle Street, Wallingford.

Accompanied by illustrations never seen before from the Bletchley Park archive, the talk marks the publication of the first official illustrated history of the Second World War codebreaking centre.

Home to some of Britain’s most brilliant mathematical minds, including Alan Turing, this beautiful Buckinghamshire country house was the scene of the most famous codebreaking achievement of all time — the cracking of the German “Enigma” code.

Sinclair McKay’s previous book, The Secret Life of Bletchley Park, has sold over a quarter of a million copies. Following the talk he will be taking questions from the audience and signing copies of his new volume.

Asked how the festival came about, Chiltern Arts founder and creative director Naomi Taylor said: “I’d been living in the area for about a year before I really began to explore it — new babies seem to have that effect — but as soon as I did I began to fall in love with its gently rolling hills and beautiful market towns and villages that are full of character.

“My mind began turning the ideas I’d had into a festival in the Chilterns, so I began exploring churches and stately homes across the area on my child-free afternoons — sometimes dragging my daughter and various other family members with me. And here we are!

“I hope Chiltern Arts will give as many people as possible access to the arts. The festival will be our centrepiece and around that other initiatives can grow, creating a community that adds to the rich tapestry of culture in the area.”

• For more information on all festival events, including ticket prices, and to book, visit www.chilternarts.com