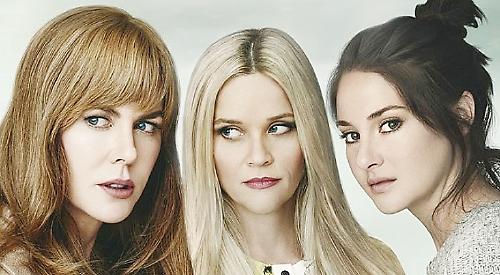 HER 2014 novel Big Little Lies became a TV sensation starring Nicole Kidman and Reese Witherspoon, while her previous book The Husband’s Secret has sold over two million copies and is being made into a film with Blake Lively.

Now Australian author Liane Moriarty is coming to Henley, having been invited by the organisers of the town’s literary festival, which this year runs from September 29 to October 7.

She will be appearing at a special post-festival event being held at the River and Rowing Museum at 7pm on Saturday, October 13.

This will see her talking about her latest novel, Nine Perfect Strangers — the film rights to which have been snapped up by Big Little Lies star Nicole Kidman.

Nine strangers walk into a secluded retreat, lured by its promise to transform their lives and each hiding their true reason for coming. But behind the retreat’s glamorous façade lies a dark secret hidden from its guests. Join Liane for a rare UK event in conversation with Amanda Jennings.

As a late addition to the festival, the event is not to be found in the 100-page programme booklet, copies of which can be picked up at locations around Henley.

Two other events not in the booklet both take place on the last day of the festival, Sunday, October 7.

The first, at 11am in the town hall, features Cerrie Burnell, who was recently named in the Observer’s top 10 children TV presenters and whose credits include CBeebies, Grange Hill and the Paralympics.

Perfect for ages eight and up, Cerrie will be presenting an interactive event based on her new book, Harper and the Fire Star, that includes a chance to play with musical instruments.

Then at 1pm, Phyllis Court Club is the venue for “F*** You Cancer: You, Me and the Big C” based on the top-rated BBC podcast that launched in March this year.

“GirlvsCancer” blogger Lauren Mahon will be joined by Deborah James, the Sun’s “Things Cancer Made Me Say” columnist.

For more information — including tickets prices — and to book, visit www.
henleyliteraryfestival.co.uk