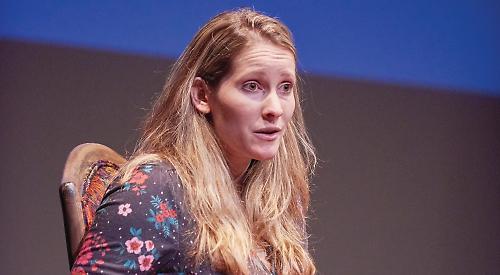 THE majority of men live unaware of the endemic sexism that exists in our society.

Laura Bates gave an enlightening talk on how women of all ages face regular attacks on them, ranging from unsolicited remarks on their appearance through to serious sexual assault. Women face sexual harassment that pursues them in the street and on to public transport.

Then there is the misogynistic way in which women are portrayed in the media. A recent example was where the prime minister and the Scottish first minister were being interviewed on television, both wearing skirts. The headline the next day in a national newspaper was “Never mind Brexit, who won Legs-it!”

Mindless sexual stereotyping from an early age sets girls’ sights lower and constrains their ambitions even before they reach primary school.

The scourge of domestic violence will not be resolved without taking on the societal norms that see women spoken about, and to, as if they are second class citizens and whose sexuality exists solely to satisfy and be policed by men.

For me this was revelatory of what women have to put up with on too regular a basis. Laura’s book Misogynation: The True Scale of Sexism should be required reading for all boys and men. Being aware of the extent of this scourge would be a useful step towards eradicating this blight on half our population.