Poet has no Ayres, just graces 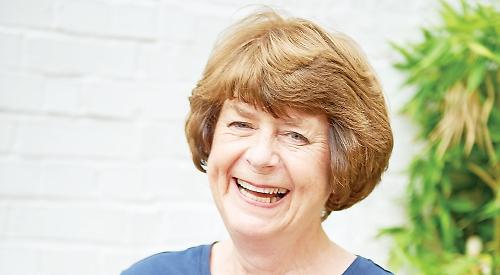 DESPITE battling a heavy cold Pam Ayres enthralled a “sell-out” audience of more than 300 at Phyllis Court on her return visit to the Henley Literary Festival.

Opening with an amusing rendition of Don’t Kiss Me, the story of how she likes to be greeted when meeting acquaintances, or rather how she doesn’t like to be greeted, she followed up with 13-0 — the story of her then nine-year-old son’s debut match for his school football team which ended in an ignominiously heavy defeat. The team actually only lost 12-0 but she thought that her choice of title would make the children think that she was writing about another team.

Pam’s poem about her second son’s exploits on the rugby pitch on a freezing January day, and the story of Fred, the Grand National horse, were warmly received by an audience eager to laugh. They were not disappointed.

Pam came to fame as a result of a performance on Hughie Green’s talent show Opportunity Knocks and has gone on to be a poet, inspired by Bob Dylan, a broadcaster (last TV appearance Countryfile) and above all an entertainer, which she undoubtedly is, evidenced no better than in her performance here.

Pam was born 71 years ago, in Stanford in the Vale and still resides with her husband in the Cotswolds.

She retains a rich country accent, has never studied poetry seriously, and writes beautifully crafted poetry to amuse. She has published six books to date.

She was made an MBE in the 2004 honours list for services to poetry and entertaining, and has twice appeared before the Queen. Pam has a great interest in the welfare of animals, hence her new book The Last Hedgehog, and is a patron of the British Hen Welfare Trust.

She ended her programme with a new poem, Framed, which amusingly highlights the price of spectacles and was generous with her time for audience questions and book signing.

A true troubadour without question, and a thoroughly nice person to boot.