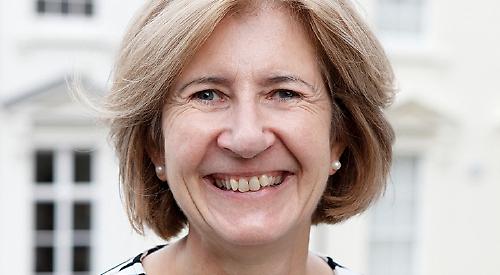 AN Ipsden author is to give an illustrated talk about the real people and events who inspired her Victorian-set debut novel.

Carolyn Kirby studied history at St Hilda’s College, Oxford, before working in social housing and then as a teacher of English as a foreign language.

Published last month, The Conviction of Cora Burns, was begun in 2013 on a writing course at the Faber Academy in London.

The book has achieved success in several competitions, including as a finalist in the 2017 Mslexia Novel Competition and as the winner of the inaugural Bluepencilagency Award.

Birmingham, 1885. Born in a gaol and raised in a workhouse, Cora Burns has always struggled to control the violence inside her.

Haunted by memories of a terrible crime, she seeks a new life working as a servant in the house of scientist Thomas Jerwood.

Here she befriends a young girl, Violet, who seems to be the subject of a living experiment. But is Jerwood also secretly studying Cora?

Praising the book as “a spirited gothic adventure” the Times chose it as one of its historical fiction books of the month.

Cass Green, the author of The Woman Next Door, called it “perfect for fans of Sarah Waters”, adding: “This book took me into Cora’s world so expertly I experienced it with every sense.”

Tickets are £8, including a glass of wine and canapés, and the event is being held in aid of St Mary’s Church.

For more information and to book advance tickets, email Heather Llewellyn on heatherll2410@hotmail.com

Tickets will also be available on the door.