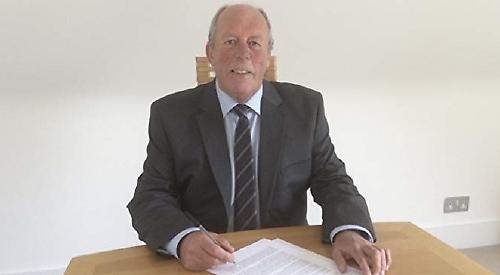 A WARGRAVE man who had a terrifying near-death experience while on holiday in Majorca has written a book about his experiences.

Michael Richards, 64, who lives in Henley Road, wrote Hallucinations or Reality after he contracted sepsis and double pneumonia which led to weeks of agonising pain and nightmarish hallucinations before he was airlifted back to the UK.

The book has taken Michael four years to complete and raises profound questions about the nature of his experience and the messages contained in his hallucinations.

Michael said: “During the writing of the book I came across the fact that I had an unknown older sister. This fact has been the main driving force behind my next book, My Two Sisters, which is a true story about living life with death. It does not answer the question ‘is their life after death?’ but it may comfort people to read my explanations.”

My Two Sisters will be published in time for next year’s Henley Literary Festival.

For more information about Michael and his work, visit www.michaelcrichards.com