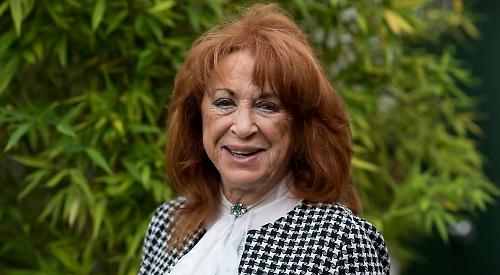 NOVELISTS  Lynda La Plante and Joanna Trollope are among the first names to be announced for this year’s Henley Literary Festival.

The 14th annual event, which will run from September 26 to October 4, will also feature current children’s laureate Cressida Cowell and her predecessor Michael Morpurgo, who returns with a special War Horse event. Appearing for the first time will be Sir Kim Darroch, who was the British ambassador to the United States until the publication of private and unflattering remarks about President Donald Trump’s administration resulted in his resignation.

The line-up will also include former editor-in-chief of Vogue Alexandra Shulman while Cate Haste makes her Henley debut with her biography of the music muse Alma Mahler.

Robert Harris will be talking about his latest book, V2, a Second World War thriller centred on the German rocket. Also coming is his wife Gill Hornby with Miss Austen, regarded as one of the books of the year.

Phillipe Sands will be returning with his book about the hunt for a Nazi war criminal responsible for the deaths of members of his own family.

There will be more than 50 events for children, including storytelling with the tales of Mog and Guess How Much I Love You.

Robin Stevens, who has produced a series of cult books for children with her Murder Most Unladylike series, will appear along with Sue Hendra and Paul Linnet, the talents behind Supertato, Barry the Fish and Norman the Slug with the Silly Shell.

Festival director Harriet Reed-Ryan said: “We know this is a very unprecedented time for everyone but with the support of publishers and audiences alike we’re continuing our preparations for our 14th festival.

“Obviously, we will follow government advice, but we are cautiously hopeful that by September, and given the nature of our venues, we will still be able to go ahead in some form.”

The festival will feature more than 150 events staged at various venues around the town.