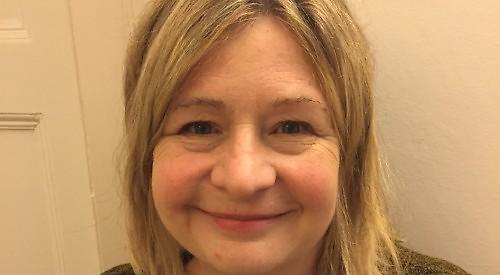 A HENLEY woman who took up writing for fun has just published her first novel.

Another Us, by Kirsten Hesketh, tells the story of a couple whose ailing marriage is further challenged when their younger son Jack is diagnosed with Asperger’s syndrome.

His mother Emma is horrified to read that 80 per cent of relationships break down when a child has the neurological condition and fears she will drift apart from her husband Daniel.

As her anxiety builds, she starts behaving in ways which help rather than hinder the situation.

Mrs Hesketh says the novel, which was published this month, is a light-hearted look at the reality of living with autism and readers will find it funny and uplifting rather than depressing.

The 59-year-old was born in London and grew up first in Malaysia due to her father’s work in the pharmaceutical industry, then in Gerrards Cross as a teenager.

She set up her own consultancy when she was 30 but has taken on less and less work over the past decade as her interest in writing has grown.

She married her husband in 1998 and the couple moved to Henley shortly afterwards.

“I’d always wanted to write a novel but never did anything about it,” said Mrs Hesketh.

“When I was very little, I wrote some really bad adventure stories in the style of Enid Blyton but I stopped when I was older.

“One time, when work was light, I was having a little moan and a friend said, ‘Well, you always wanted to write a book so why not do it?’

“That’s a scary challenge because it’s one thing wanting to do something and another to actually get on with it. At first it was a case of ‘will I get to the end of this first page?’ but it kept coming together until I’d finished.

“I really enjoyed the process because it was therapeutic to get away from everything else.

“You start out not knowing where it’s going so you have to keep a certain curiosity. I made every possible mistake and started with no overall plan so I realised partway through that I didn’t know where I was going. I had to stop, take stock and do some plotting.

“It felt amazing to get a publishing deal because there were so many twists and turns along the way. Everyone says you’ve got to persevere and it’s such a thrill when someone finally picks it up.

“Just getting an agent isn’t a guarantee of success. A few years ago, they could sell 80 or even 90 per cent of the manuscripts they pitched but now it’s more like 50 per cent.”

She was inspired by her son, now 20, who was diagnosed with a mild form of Asperger’s as a child. The neurological condition, which is part of the autism spectrum, has various symptoms including difficulty understanding people’s body language or “reading between the lines” in conversations.

People with Asperger’s may take others literally, not express feelings easily, prefer following rigid routines or have very strong interests in certain topics. Sometimes they may also achieve highly in a particular academic or creative pursuit.

Mrs Hesketh, of Greys Hill, says she gave Jack a more severe form of Asperger’s than his real-life counterpart, who is now studying computer science at university. Additionally, while inspired by real events, nothing which unfolds in the novel happened in real life.

She took some inspiration from her surroundings as the tale unfolds in Hambley, a fictional town on the River Thames which is similar to Henley but larger.

Mrs Hesketh said: “Unlike in the novel, my son’s diagnosis wasn’t a big ‘oh my God’ moment. His case is much milder but I based the story on my experiences and those of other families.

“I never knew the statistic about marriages at the time and found myself wondering how I’d have felt if I’d heard it 10 years ago. I think I’d have been shocked and alarmed.

“It sounds like it could be a dark and miserable tale when you explain the summary but it’s actually a light and feelgood comedy. I’ve fictionalised it hugely — it starts off roughly where our family was 10 years ago but everything after that is a wild exaggeration.

“The woman goes off and has an affair, so I do worry that people will wonder whether I did too, but I can assure you I didn’t.

“I created Hambley because I wanted it to be almost anywhere and didn’t want anyone to think it was about them. I actually got my husband and best friend to read it and make sure they didn’t recognise anyone in it.”

She says her son supported her decision to write the book, which she started as a hobby about seven years ago before signing up with an agent in 2018. A publishing deal followed in December last year.

Mrs Hesketh said: “Up to one in 80 people could be on the spectrum so he thought they should be represented. The boy in the book isn’t even the main character as it’s more about the parents and what goes on between them.

“I haven’t made him either a hero or a victim — he’s just a person, which I’ve tried to reflect.

“It’s written from the mum’s perspective as neither she nor I are experts on the subject — it’s just her unique way of seeing the situation.

“Not everyone will see it as an accurate portrayal but not everyone with autism is the same. It’s only one part of who they are. I’ve been pleased with the reviews so far as some parents say they’ve recognised their own feelings and concerns in the story. Even those whose children don’t have Asperger’s say it’s a fascinating insight.”

Mrs Hesketh is now finishing her second book, which should be published by Hodder & Stoughton in either one or two volumes next year. It is set among the women of London who had to work during the First World War because the men were fighting in Europe.

She also has an idea for another novel, again set in Hambley, which would be a tale of love among a local archaeological society.

Both she and her husband are members of the South Oxfordshire Archaeological Group and have been involved in excavating the old Roman villa at Binfield Heath but the similarities will end there.

“Other members of the group are always joking around and asking ‘are you going to write me into it?’,” she said.

“I did wonder if I could carry on writing after the first novel but it hasn’t been a problem. Your debut is often based on your own life and even those rarely see the light of day so I’m pleased to have got this far.

“It’s nice to know that I’m not a ‘one-book wonder’ and to have licence to write about different eras, though it’s a bit confusing with both a historical and a contemporary novel lined up.

“It looks like it’s going to be the start of a second career, which is quite exciting.”

• Another Us by Kirsten Hesketh is available as an electronic book from Amazon, priced £1.99. The paperback release has been delayed due to the coronavirus lockdown.