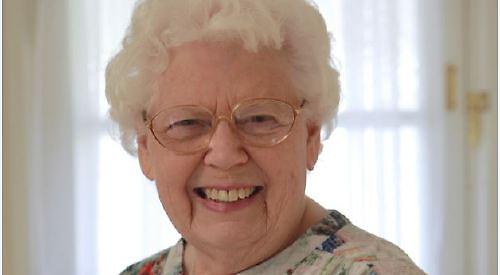 AN author has published her latest book in a historical romance series.

Julie Roberts, 82, of Ridgeway, Caversham, released A Tainted Marriage yesterday (Thursday). It is about a woman’s loss of ownership and rights when she gets married.

Due to the coronavirus pandemic, Mrs Roberts had to hold her launch party online.

The book is the fourth in the series, which is based on regency marriage laws, and took her a year to research, write and edit.

Mrs Roberts, a former accountant, wondered what she would do with her time when she retired. She decided to pursue a career in creative writing and attended a course at Maiden Erlegh Chiltern Edge School in Sonning Common.

She said: “People said to me I could get a small part- time job doing people’s accounts but that just wasn’t for me.

“When I stated writing, I just thought, ‘This is what I want to do’.” As well as her novels, she writes short stories, some of which have been published in the Henley Standard.

She said: “I do a lot of research for my books. I believe you can’t write confidently unless you understand what you’re writing about.

“When I write I talk as if I was telling someone the outline of the story. Then you have a plan but you don’t have to stick to it. I always write four drafts before I hand it over to my editor.”

Mrs Roberts said her husband, Tony, 84, gave her the most support.

“He has always been my champion from the very first day,” she said. “He supports me and comes on all my research trips wherever I am going.”

• A Tainted Marriage is published by Headline and is available on Amazon.