Authors are zooming in on new literary frontier 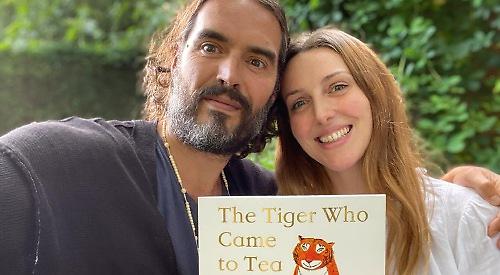 STARS of TV, radio, podcasting and journalism are among the authors lighting up this year’s Henley Literary Festival.

With the coronavirus pandemic having forced the festival to move online, big names to have appeared so far include Joanna Trollope, Michael Morpurgo and Ben Fogle.

But with the festival continuing until Sunday (October 4) and three further “pop-up” events scheduled later this month, there is plenty more for book-lovers to get their teeth into.

First up at 1pm today (Friday) is former This Morning presenter
Fern Britton, whose latest novel Daughters of Cornwall was a number one bestseller this summer.

She will be in conversation with Good Housekeeping editor-in-chief Gaby Huddart.

A spokesman for the festival said: “Fern joins us for the first time to reflect on a career that has included Ready Steady Cook, nine novels, several short story collections and Strictly Come Dancing.”

At 6pm, long-distance walker Raynor Winn will be talking about The Wild Silence, the follow-up to her 2018 memoir The Salt Path.

And at 8pm the festival is hosting an event with Giovanna Fletcher that had originally been due to take place at the town hall in March.

The spokesman said: “Giovanna’s down-to-earth approach to motherhood and family life has earned her a fan base of millions as an author, podcaster, television presenter, Instagrammer and campaigner.

“Letters on Motherhood is a collection of heartfelt and deeply personal letters to her three sons, her husband and friends who helped her become the mother she is. She will be in conversation with Steph Douglas, founder of gifting service Don’t Buy Her Flowers.”

Tomorrow (Saturday) opens with a tribute to The Tiger Who Came to Tea author Judith Kerr, who died in May last year aged 95.

“All-Star Storytime” is a series of three free readings by celebrity husband and wife couples — the first of which takes place at 10am and features Henley residents Laura and Russell Brand.

They will be followed at 10am on Sunday by CBBC presenters Leah and Ricky Boleto, and at 2pm the same day by Louise Roe and Mackenzie Hunkin.

Meanwhile, Saturday’s programme continues at 11am with the return of festival regulars Polly Toynbee and David Walker.

The two veteran Guardian journalists will be discussing The Lost Decade — their book about Britain from 2010 to 2020 and what lies ahead in the coming years.

At 1pm, former Newsnight producer Kavita Puri will be discussing her latest book Partition Voices: Untold British Stories, based on her award-winning BBC Radio 4 show of the same name.

This saw her seek out UK citizens who were once subjects of the British Raj and whose lives were forever changed by the 1947 partition of India.

Striking a lighter note at 4pm will be comedian and bestselling children’s author David Baddiel.

His event, which is being staged as part of the literary festival’s free children’s and schools programme, will see him talking to Newsround presenter Leah Boleto about Future Friend, his latest book for young readers, which is published on October 15.

Then at 8pm, Sunday Times foreign correspondent Christina Lamb will be in conversation with fellow journalist Jackie Brown. The spokesman said: “The co-author of I Am Malala, Christina has written a searing, angry reckoning of a book. Our Bodies, Their Battlefield examines the long, painful history of women and war. From Alexander the Great and the ‘comfort women’ of the Imperial Japanese Army, it continues today as Christina, with unfailing care and humanity, tells how rape is used as a dreadfully accepted and ignored weapon around the world.”

On Sunday morning there is another free event to enjoy, courtesy of World Book Day illustrator Rob Biddulph. “Draw With Rob” starts at 11am and is open to all.

The spokesman said: “Rob’s videos were a lockdown highlight for families across the UK, with 28 million impressions on YouTube alone and a Guinness World Record after over 45,000 families joined in the largest art lesson ever. Now the CBeebies regular returns to the festival for draw-alongs and storytellings from his new books Dog Gone and Draw With Rob.”

At 1pm a special round-table event chaired by broadcaster and journalist Louise Roe will bring together three young authors — Holly Bourne, Justin Myers and Libby Page — each of whom has recently published the follow-up to an acclaimed breakthrough novel.

The festival spokesman said: “After a series of YA bestsellers, Holly’s How Do You Like Me Now? drew rave reviews and now Pretending looks at love online. Guyliner blogger Justin joined us in 2018 with The Last Romeo and returns with a story of family and sexuality in The Magnificent Sons. And after making such a splash with The Lido, Libby is back with The 24-Hour Café.”

Closing out Sunday are two giants of TV and radio who require little introduction.

At 4pm, Jeremy Vine will be in conversation with journalist Mark Palmer about his career to date — not least his debut novel, The Diver and the Lover, which was inspired by Salvador Dali’s painting Christ of St John of the Cross.

Set in post-civil-war Catalonia and based on real events, the book is a tantalising cocktail of love, sacrifice and Dali as it follows the fortunes of two English sisters.

Then at 8pm, Radio 2 veteran and chat show king Graham Norton will be talking to Emma Freud about his third novel, Home Stretch, which is billed as a timely story of emigration and return.

There is more to come from the literary festival later this month at the pop-up events.

Racing drivers Damon Hill and Johnny Herbert will be talking about their guide to Formula One, Lights Out, Full Throttle, at 8pm on Monday, October 12.

Multi-million-selling thriller writer John Grisham makes his festival debut at 8pm on Thursday, October 15, two days after the publication of A Time for Mercy — the highly anticipated follow-up to his 1989 classic A Time to Kill.

And two years on from her last appearance at the festival, Jodi Picoult will be discussing her new novel The Book of Two Ways at 8pm on Thursday, October 22.