Woman’s journey of sacrifice and self discovery 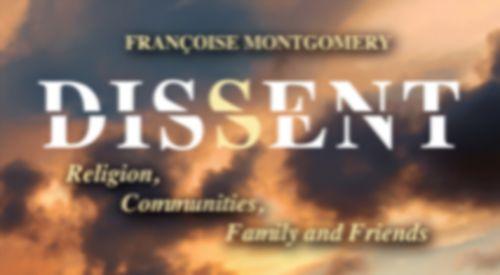 A WOMAN’S pursuit of truth prompts her to move from the city to a village on the England and Wales border.

When she gets there Jan finds a closed community of mainly “chapel goers” and faces a choice of pursuing her own path or compromising to try and fit in.

DISSENT is a novella written by Bridget Fraser, who lives near Hambleden, under the nom de plume Françoise Montgomery.

She said: “It is essentially one woman’s journey or passage to the truth about herself. She moved from the city to the countryside and has to adjust.

“It is based on the Welsh borders, where I grew up where there were quite cliquey communities. They didn’t let people in and their ways were their ways.

“So she has to adjust to a country way of life and all sorts of things go wrong.”

Jan is in her mid-40s and was living in London with a husband and only son and is left a small-holding by her grandfather. She was earning a pittance as a social worker and so was persuaded by her family to move home. Her son, in particular, was interested in making a go of the farm.

Bridget said: “Her husband then dies so we find out whether she will stick it out or whether she is going to throw in the sponge.

“There are also all sorts of other things going on — people getting pregnant and having babies. It’s a stage of life book. Will she continue to do what she has done all her life and do what is expected and be subjugated into marriage and having children or will she finally be true to herself?

“This subject has always fascinated me and it is something that I have noticed in women in particular.”

Bridget set the story in the England and Wales border as that was where she grew up and as a result is acutely aware of the problems religion can cause as well as the workings of small communities.

She said: “I think I have always been aware of the problems that religion can cause, particularly growing up. I called it DISSENT because there is lots of dissent in it, in her life and in the part of the world that she is in.

“I think because it is based in the part of the country I was brought up I thought I knew the area really well and seen the religious controversies, although it comes as a surprise to Jan.”

Bridget says the story had been “bubbling away for years” but she decided to get stuck into writing it during the first coronavirus lockdown.

She said: “The whole process from start to finish has taken me about six months. I wrote it in lockdown over about three months and had the copy edited in Slough and the front graphic designed.”

Bridget, who had previously run art exhibitions through Barn Galleries, has many years of writing experience behind her having founded the Free Range poetry workshop, writing one act plays and short film scripts as well as making films of rural social history.

She decided to write under another name because she didn’t want readers to make assumptions about her while wishing to retain her privacy.

Bridget is already working on her follow-up, a story that is set overseas.

She said: “The next one is set in India, where I have travelled extensively, and again it focuses on a woman and her life journey. It’s another stage of life book.”