Birds hatch plan to save their habitat 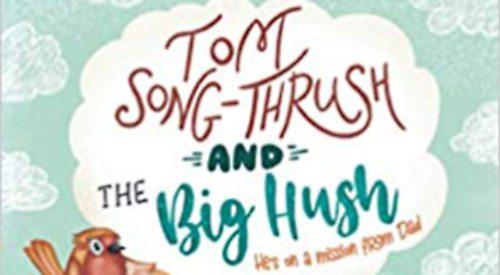 TOM is a happy and popular song-thrush with an amazing singing voice and ability to understand humans.

He grew up listening to his dad’s stories about the decline of his species caused by the destruction of their habitat by the “unfeathered” so he decides to do something about it.

Tom is joined by his friends Bill Blackbird, Rosie Robin, Darcy Dunnock and Jennifer Wrennifer as they come up with a plan to persuade the humans to mend their ways.

Written by Barry Tindall, Tom Song-Thrush and the Big Hush is a funny and heartwarming story about friendship, camaraderie and conservation.

He wrote the illustrated children’s book during the first national coronavirus lockdown having been inspired by where he lives.

Barry, 59, who moved back to Ewelme from Henley when his mother passed away earlier this year, said: “I grew up in this house and when I was a kid my thing was birds.

“I used to go out for walks and see them but then, as I got older and spent the next years building a career, you miss out on these things.

“After I moved back to Ewelme the lockdown happened and I couldn’t do much apart from walk around and spend more time in the countryside.

“It was spring time and the birds were singing and I remembered why I loved the birds so much.

“But the one thing that struck me was how some of the species I knew weren’t there anymore and there were fewer birds overall.”

This gave Barry the idea for the book. It is aimed at eight- to 12-year-olds to make them more aware of their environment and what impact their actions have on it and the wildlife.

Barry said: “The birds come up with the idea of stopping singing in order to get the attention of the humans and make them realise if they keep doing what they are doing it will be lost forever. So it has a message and there is a positive outcome.”

He began writing the book in April and it took him three months. He would walk every day and get ideas for the story or a new character and would write and rewrite until he was happy with it.

Barry, who has self-published the book, says there is scope for a sequel.