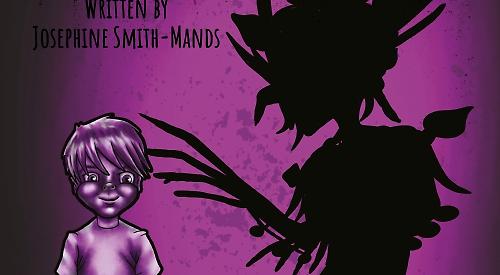 A MOTHER has written a book in honour of her autistic son.

Josephine Smith-Mands, 45, penned The Triggle to highlight the daily struggles that children with sensory issues face.

It was inspired by a real-life event when her son Peter was just three and had a “meltdown” in a Tesco supermarket.

He began slapping himself, hitting his head against the trolley, screaming and throwing himself around on the floor.

Staff at the store in Gloucestershire, where the family were living at the time, tied her hair back while she tried to calm her son, stopped a crowd from gathering and carried her shopping home.

Mrs Smith-Mands, who now lives in Nettlebed, said: “The Triggle starts off how it did on that day, which was very traumatic.

“Peter was in a place where you couldn’t touch or speak to him. I was physically struggling with him and the kind staff even tied my hair back while I tried to get him under control.

“It took me nearly two hours to calm him down and get him back to the house. Part of the difficulty was he was only just finding his words — he was non-verbal to a degree.

“Peter doesn’t like people looking at him and when a child has a meltdown you get people who I call ‘peekers’, who like to stop and look.

“These are people who like to give parenting advice and tell your child to stop being a naughty boy for your mum and I find this abhorrent.”

Now aged seven, Peter’s speech has improved and he is able to articulate what he sees in certain situations.

Mrs Smith-Mands, who home-schools her son and is his full-time carer, said: “When he does have a meltdown he calls it ‘sixes and sevens’ where faces don’t look like faces any more.

“The sounds he hears are a lot louder and more squeaky and he says he sees a big black monster with big eyes.”

The book features Sniggles, who are in charge of carrying around emotions and are called Happy, Anger, Fear, Disgust and Sad. There is also Smudge, like a computer in the brain, whose job it is to remind you and the Sniggles how worries have been dealt with in the past.

Then there’s the Triggle, who everyone has met, and can be triggered by sounds, sights, smells, textures and tastes. He causes the Sniggles to worry and creates chaos.

Mrs Smith-Mands, who is a qualified psychotherapist with a diploma in child psychology, has already written two more books covering subjects she feels need talking about.

She said: “I look to address subjects that are not really spoken about. Not everyone knows about autism so I wanted the book to be authentic, which is why the boy in the book is also called Peter.

“Being in that world of autism and being a mother and a professional, we don’t need to candyfloss things, it needs to have that raw slice of life.

“Life does have its darker side and it is important for these stories to be realistic because that is the only way to create awareness and move forward. Subjects like autism need to be brought out of the darkness and into the light.”

Mrs Smith-Mands was born in Ashby-de-la-Zouch in Leicestershire and moved to Cheshire when she was one.

She was the middle of five sisters, which helped to spawn her active imagination.

She said: “With another four girls, trying to find a voice in that house was difficult, so I used my imagination and used to make my own games to play.

“My love from a young age was writing and I kept a journal and it used to be a joke of my late father that I was always off writing in it.

“I used to write about anything I saw but I was always writing letters to my local newspaper as well.

“I was completely obsessed by fairies, the Ladybird books and stories like Rumpelstiltskin and that kind of magical world has stayed with me, which helped me write this book.” Her first job after leaving school was as a carer for the elderly in Cheshire and then, following the death of her eldest sister, she set up a charity which granted terminally ill children a last wish.

She then met her husband, David, who works for a logistics company at Heathrow Airport. Mrs Smith-Mands became a full-time mother with the arrival of first two children, Joseph, 23, and Alexander, 12, but then started to get bored so she set up a business working in fashion.

When Peter was born five weeks premature, mother and son both nearly died.

Mrs Smith-Mands was still in hospital when she set up her own fashion label, Harlem Carter, dealing in handbags, jewellery and other clothing accessories.

Mrs Smith-Mands had designs seen on the red carpets and in TV shows such as Peaky Blinders and Call the Midwife as well as in the Princess Diana fashion exhibition at Kensington Palace.

She said: “I would take my designs to trade fairs and I was approached by Kensington Palace while I was exhibiting at Olympia and they bought several handbags.

“Once you are in the fashion world you can get different connections and you can get into product placements.”

She met the late actress Helen McCrory on the set of Peaky Blinders. She also sent a handbag to the singer Beyonce and received a thank-you letter in return.

Mrs Smith-Mands gave the business up to look after Peter.

She said: “I do miss it and watching the TV with a cup of tea and a biscuit and then seeing one of my items pop up, say, on the Baftas.

“But right now, and in my near future, my path lies in storytelling, which is what I have always wanted to do.”