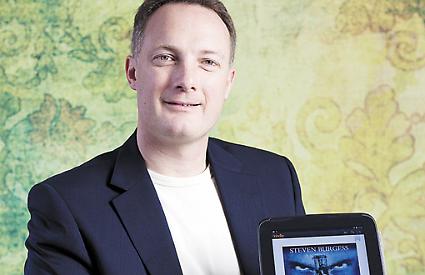 A FORMER solicitor from Watlington has released his first novel.

The Devil’s Manor is a crime fiction thriller ebook based on Steven Burgess’ experience as a criminal defence solicitor.

Mr Burgess, 41, of Love Lane, said: “I felt I had a book in me and wanted to write it. If readers gain a bit more knowledge of what a criminal defence solicitor does and why they are important that’s what I’m after.”

Set in Nottinghamshire, the story follows solicitor Samuel Becker as he represents a man arrested for murder. The police are convinced that the 16-year-old girl victim was killed in a sadistic satanic ritual but Becker believes his client is innocent only to find himself targeted by those seeking to influence the outcome of the case.

“It was good fun writing it,” said Mr Burgess. “People have described it as a page-turner, which is what you hope to achieve.”