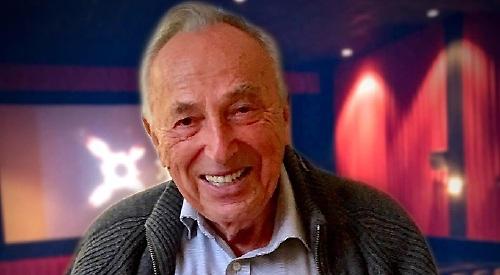 A SHOWBIZ memoir written by film, television and theatre director Alvin Rakoff has been praised by Stephen Fry ahead of its launch at the Mill at Sonning next month.

The book, titled I’m Just the Guy Who Says Action, was published in paperback last week.

Canadian-born Rakoff is billed on the cover as the man who gave Sean Connery and others their first big break, having directed more than 100 stage, film and television productions during the course of a career spanning six decades.

The show in question was a BBC production of Rod Serling’s television play Requiem for a Heavyweight. It was broadcast in 1957, five years before Connery was cast as James Bond.

Rakoff, who is married to the Mill at Sonning’s artistic and managing director Sally Hughes, will be launching his memoir at the Sonning Eye venue on Wednesday, September 1, at 2pm.

Fry said of the memoir: “Alvin Rakoff is exactly who you want to find sitting next to you on a long train journey. The stories that pour from him are so gaspingly glorious that the journey will flash by — Rakoff has known and worked with all the legends, liars and loons in showbiz history and his recall is perfect. I never wanted the ride to end.”