‘My self-isolation novel was written pre-covid’ 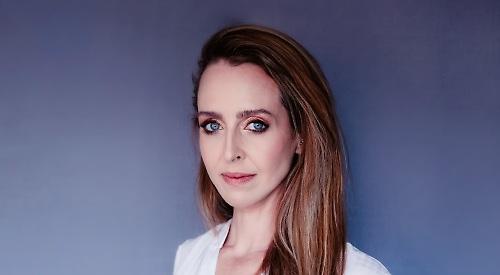 A FIRST-TIME author whose debut novel is expected to be one of next summer’s biggest bestsellers will be talking about it in public for the first time at this year’s Henley Literary Festival.

The nine-day festival, which starts tomorrow (Saturday), will welcome Scottish author Claire Alexander to the Laithwaites Stage at the town hall on Wednesday at 6.30pm.

Claire will be in conversation with fellow author Daisy Buchanan about her novel Meredith, Alone, which will be published on June 23 next year.

Organised by publisher Michael Joseph, the event is billed as a “proof party”, meaning attendees will receive an advance copy of the book, which has already been sold to 13 territories worldwide.

Claire, 43, lives in Ayrshire on the west coast of Scotland with her husband and three children.

A freelance journalist by trade, she has written about parenting, sobriety, mental health and wellbeing for publications including The Washington Post, The Independent, Glamour and The Huffington Post.

Having been conceived and written almost entirely before the start of the coronavirus pandemic, Meredith, Alone has been hailed for its prescient anticipation of themes that would run through many people’s lives during lockdown.

Meredith Maggs hasn’t left her house in 1,214 days. But she insists she isn’t alone. She has her cat, Fred, her friend Sadie visits when she can and Meredith is a member of an online support group.

She also has her jigsaws, her favourite recipes, her beloved Emily Dickinson, the internet, the Tesco delivery man and her treacherous memories for company.

But something is about to change. Whether Meredith likes it or not, the world is coming to her door. Does she have the courage to overcome what has been keeping her inside all this time?

Claire, who is a keen paddle-boarder in her spare time, agrees that with hindsight the themes of her book can be seen as prophetic.

“It’s bizarre when I think about it,” she says. “I started writing the novel in October 2019 and at that stage I had the premise — a woman who hadn’t left her home for more than three years.

“So basically I had to figure out what has happened to her to get her to that point and what would it take to actually get her out of her front door again.

“And then, yes, six months later most of the world was self-isolating, just like Meredith the character.

“Obviously that wasn’t my choice but it definitely felt very strange that after months of writing that narrative, I found myself being able to relate to her on such a real, personal level in terms of what daily life was like when we were in lockdown.”

While many debut novelists have previously written novels that they decided not to publish for one reason or another, Meredith, Alone is Claire’s first novel in every sense.

“It’s the first one I’ve ever finished,” she says. “I’ve been writing stories for as long as I can remember and, yes, in some of my earliest memories I’ve got a notebook and a pencil in my hand.

“I was always that weird little kid writing in a notebook in the corner of the gym and so, yeah, I’ve always written various things. I’ve been writing novels but never finishing them for 20 years.

“Honestly, my only goal with this novel was to be able to type ‘The End’ on the final page. But, yes, you could say it has taken me 20 years to write this book.”

Something that Claire says helped make a difference this time around was her decision to enrol on a creative writing course shortly after starting work on Meredith, Alone. She says: “I actually do have to give credit to the Curtis Brown online writing courses. I did three of their six-week courses, all online, throughout the period that I was writing the novel.

“I mean, I don’t know if I would have finished it if it hadn’t been for not just the teaching on the course and the support but really the community of writers that I found there.

“They’re incredibly supportive and that was actually the first time that I’ve ever been part of a writing community like that.

“It was great to get feedback and to bounce ideas off each other but also to feel that we were all in the same boat.

“We were all trying to write a novel and facing the same obstacles and celebrating the same little triumphs.

“I’ve made good friends through those courses and one of them I now consider to be a best friend.

“We talk most days, not just about our books but about our lives, so that was a fantastic experience and I think it really helped give me the structure and the accountability that I needed to finish. It encouraged me to be more organised and to plan — I’m not a massive planner, really, in life or when I write.

“I tend to be character-driven and not so much focused on the plot in the first instance, so it was great to just get those practical writing tips.”

Looking back, Claire says that while she was helped both by the content of the courses she took and the support of her fellow students, she had reached the point where she was ready to take her next step as a writer.

“I don’t think I could have written this book 15, 10 or even five years ago,” she says. “I think it really took me to get to this stage of my life and to have had certain life experiences.

“I mean, I’ve always been kind of obsessed with different relationships in our lives and how they can shape everything from our self-worth to our biggest life choices.

“When I came up with the character of Meredith I was thinking a lot about what it means to be lonely versus being alone — and she came from that, really.

“I always start with character, so I spent a lot of time working out who she was and what her backstory was before I even thought about what had happened to her throughout the course of the novel.”

Claire describes herself as an avid reader but says that much of her inspiration as a writer is drawn from everyday life.

“I’m always drawn to books that really put relationships under the spotlight,” she says.

“It’s also people I meet in real life — I mean normal, regular people who quite often end up in quite extraordinary circumstances and have to make very difficult decisions.

“I get a lot of inspiration from that — people-watching and listening.”

Claire says that when she first shared the premise of Meredith, Alone with people on her writing course last year, she was encouraged by their response.

“It was a few months into covid and really everyone was feeling the effects of it — and a couple of people commented that it sounded like the perfect pandemic novel.

“Even though I wrote most of it during lockdown, the idea definitely came before covid. But I hope people find Meredith’s story even more engaging, given what we’ve all been through during the pandemic, so that we might be able to relate to her on that deeper level.”

• Tickets for the Michael Joseph Proof Party with Claire Alexander and Daisy Buchanan cost £10 and include a proof copy of Meredith, Alone. For more information and to book, call (01491) 575948 or visit www.henleyliteraryfestival.co.uk