Where are Johnson’s defenders? 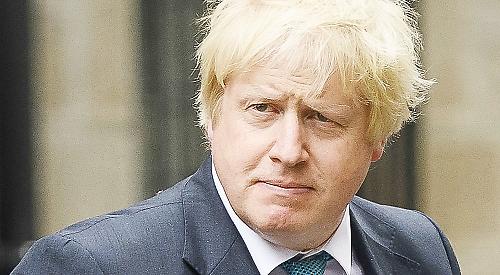 GIVEN that political correspondent Peter Oborne’s most recent book, titled The Assault on Truth, asserts that Boris Johnson and Donald Trump are serial liars, it might seem that the author’s appearance at the Henley Literary Festival would be a case of Daniel in the lions’ den.

After all, BJ was Henley’s MP from 2001 until 2008. Surely the town, which elected him twice, would rise to the defence of the man who is now Prime Minister?

But judging by the vigorous nodding and bursts of applause from the large audience in Christ Church, the town is not so starry-eyed about its ex-MP after all.

In a lively, occasionally combative session with Simon Walters, the veteran political correspondent and assistant editor of the Daily Mail, Oborne described how he’d been chronicling the lies and misinformation of our leaders since the era of Tony Blair and the Iraq War.

It is the BJ file which has grown the fastest and tallest of them all.

Oborne sometimes spoke with regret. He was political editor at the Spectator when Johnson was the magazine’s editor and acknowledged BJ’s supreme skill in that role.

Walters played a nimble devil’s advocate in claiming that the present incumbent of No 10 was no worse than those in the past.

No, said Oborne, Boris Johnson was “a new thing”, quantitively and qualitatively different in the mendacity department from his predecessors.

He cited 40 occasions on which parliament had been knowingly misled and pointed to the absurdity of the situation whereby MPs are presumed to be so “honourable” that they cannot tell an untruth in the House.

This was a heartfelt performance and a tacit plea for the return of honesty and integrity in public life, even a spot of competent dullness in preference to duplicitous brilliance.