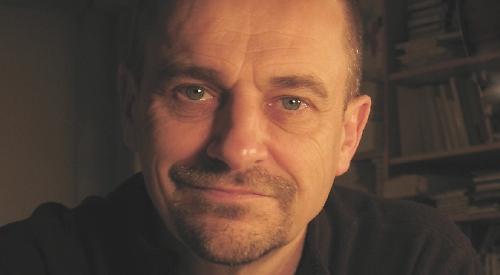 THE author and illustrator behind this year’s Christmas show at Norden Farm in Maidenhead says the stage adaptation has stayed true to the spirit of his books.

Mick Inkpen is best known for his creations Kipper the Dog and Wibbly Pig. His Kipper books have been translated into 20 languages and have sold more than eight million copies worldwide.

Kipper’s Snowy Day was first performed at the Altwood Road arts centre seven years ago after being adapted by Norden Farm and Slot Machine Theatre.

The creative team met with Mr Inkpen while developing the show and the script was given his seal of approval.

He says: “Rather than a literal interpretation of my books, it was more important to me that Slot Machine had free rein to explore the stories from a playful theatrical perspective, provided they captured the character of Kipper and the spirit of the books. They have absolutely done that.”

Kipper’s Snowy Day invites the audience to enter a magical world of puppets and mischief that is filled with original songs and music.

One day it starts snowing and Kipper is very excited. Together with Tiger, Pig and Arnold, he goes on an adventure in the snow — but can the friends find their way home again?

The show’s set is inspired both by the concept of a fresh, snowy night and the blank page of a book yet to be written.

When he first came up with the idea for his Kipper books, Mr Inkpen ended up drawing on his earlier work for inspiration.

“Kipper isn’t based on a real dog,” he says. “I needed a character around which I could write a number of stories, so I took the dog from The Blue Balloon, my first really successful picture book, stood him up on his back legs and made him the hero of his own series.

“Sadly, we don’t have a dog ourselves — rescue rabbits and Russian hamsters, but no dog.”

According to Mr Inkpen, Kipper’s name came from a long list of possibilities.

He says: “I wanted something that would stick in the mind because it was slightly quirky and since Kipper is kipper-coloured, the name just seemed to fit.”

As both an author and an illustrator, Mr Inkpen says that the writing usually tends to come first when he is developing a new project but it can be either way around.

“If I’m working with a new character I need to see what he or she looks like before I create the story” he says. “In the case of Kipper it was definitely the visual that brought him into being.

“There is an advantage in doing both in that if I get writer’s or illustrator’s block I can switch roles and that unblocks everything.”

Kipper may not have been inspired by a single real-life dog, but Mr Inkpen does enjoy a snowy day in winter.

He says: “We live in the Suffolk countryside and when it snows heavily the lanes fill up and occasionally we’ll get snowed in. That’s the time to get out and walk.

“Next to our garden there is a hill that is very good for tobogganing. People from the village cross the garden to climb the hill and we dust off an old wooden toboggan to join them.

“I have a sign that reads ‘Have fun but don’t hit the fence!’”

• Kipper’s Snowy Day is playing at Norden Farm Centre for the Arts until Thursday (December 30). For more information and to book, visit www.nordenfarm.org