‘The Tudors are a glorious soap opera’ 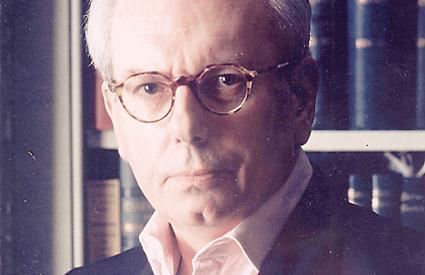 THERE’S a chance to get up-close-and-personal with historian David Starkey next weekend when he comes to Norden Farm arts centre to talk about his favourite subject, the Tudors.

Starkey was educated at Cambridge, where he specialised in Tudor history and wrote his thesis on Henry VIII. He first appeared on television in 1977, and has presented many historical television series on Henry VIII, Elizabeth I and the Churchills. He is perhaps best known for his programme Monarchy on Channel 4.

He recently presented Music And Monarchy on BBC2 and contributed to Jamie’s Dream School on Channel 4. He was appointed a CBE in 2007 for his services to history.

As well as his vast historical knowledge, Starkey is known for his outspoken views, and has made controversial contributions to BBC1’s Question Time and BBC Radio 4’s Moral Maze. He is also a lecturer at the London School of Economics.

Starkey, who describes the Tudors as “the most glorious soap opera” will be taking to the stage to explain just why this period in history is so fascinating, complete with all the salacious details.