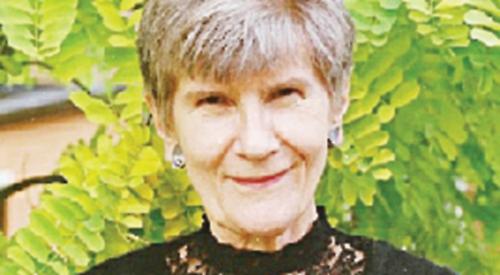 A MEDMENHAM author who previously won the Buckinghamshire Poetry Prize has seen her second novel hit the shelves just in time for Christmas.

Jane Mann’s The Will is a tale of action and suspense that echoes her own life. Set in 1996, it follows 27-year-old Hannah Delaney, who returns from Hong Kong to England to unravel a mystery concerning her father and his will.

Her investigations lead her through layers of obstruction, deceit and manipulation, which reveal disturbing psychological motives and criminal intent that puts her life in danger.

Jane, who herself previously worked as an English teacher in Hong Kong, said: “I had a similar experience to the main character, Hannah, and wanted to explore what could happen to such a character in a different, wider context.”

Now retired, Jane has had three collections of poetry published by Vinca Press, who also published her 2010 debut novel, The Cause.

The Will is published by Matador at £8.99. Copies can be ordered from the Bell Bookshop and Amazon.