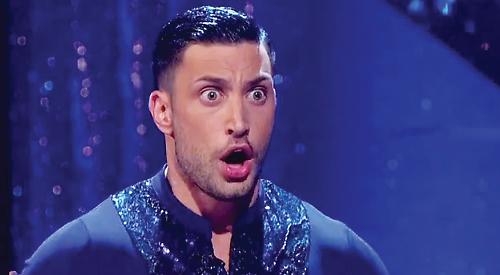 DEBBIE McGEE says she is hoping to reveal her “bubbly” personality during this year’s Strictly Come Dancing competition.

The radio presenter and widow of Paul Daniels took her first steps on stage at the launch of the 15th series of the BBC show on Saturday evening — seven years after the magician took part.

McGee, 58, who lives in Wargrave, said: “For many years I was a magician’s assistant on the Paul Daniels Magic Show working alongside my late husband.

“When Paul was doing Strictly I got so nervous for him. He would love the fact that I’m doing it now.

“I’m looking forward to the Latin dances because I think they’ll show off my bubbly personality.”

McGee and 14 other celebrities, including singer Mollie King of The Saturdays, musician Rev Richard Coles and comedian Brian Conley, were shown on a red carpet outside Broadcasting House in London.

She described this as being like “the best party”, adding: “I won’t want to leave.”

She then teamed-up with comedian Susan Calman to plant a kiss on a cheek of JLS singer Aston Merrygold which made him “faint” and fall to the floor.

The programme then switched to the television studio where the stars were matched up with their dance partners in turn.

McGee said: “I’ll be a good student for whichever partner I get because whatever I do I give it 100 per cent.

“All my life I’ve been around magic but now I’m going to experience Strictly magic and I can’t wait.”

Co-host Tess Daly asked her what she was most excited about and McGee replied: “Everything. I just can’t believe I’m actually here. Everybody’s wonderful and I’m just loving every minute.”

Daly then asked whether she would be calling on her ballet training to impress the judges.

McGee replied: “Well, the thing is, it was 35 years ago the last time I did a ballet class so I will be interested to see what can come back.”

In a tense moment before her partner was revealed, she joked whether she could have them “all at once” and Daly told her not to be “greedy”.

What happened next caused an angry reaction among some viewers of the popular prime-time show.

Professional dancer Giovanni Pernice was accused by some fans of “faking” his reaction to being partnered with McGee.

They had witnessed the
27-year-old gasp in shock, which quickly turned into joy, leaving viewers unconvinced, although he later Tweeted that he was “super-happy” and couldn’t wait to start rehearsals.

When asked what she thought of her partner, McGee replied: “In heaven.”

Daly added: “It’s like I’ve waved my magic wand and made the perfect couple.”

After leaving the dancefloor, the couple went upstairs to the balcony where they were greeted by co-host Claudia Winkleman who asked McGee what kind of teacher she needed.

She replied: “I need somebody who’s quite tough but has to have a sense of humour.”

Pernice said “I’ll try” and McGee responded: “Okay, I might have to teach you that.”

The show then featured a tribute to former host Bruce Forsyth, who died last month, aged 89. He co-presented Strictly from 2004 to 2013.

Dave Arch, the show’s musical director, who grew up in Sonning Common paid tribute to him, saying: “He was always bubbly, always said hello to all of the band, always had time for everybody.

“It was just a great honour to work with him to be honest.”

The show ended with the celebrities taking part in a group dance to the music of Footloose.

McGee will be hoping to fare better in the competition than her husband  and his dance partner Ola Jordan who were were booted out in week two of the 2010 series.

In the first show, the couple performed the cha-cha-cha and received some of the harshest judges’ comments of the night and the lowest score of 16.

The routine began with Daniels reprising his role as a magician and conjuring his partner out of a box to the song Could It Be Magic?

Judge Craig Revel Horwood awarded the couple two points out of a possible 10, which was greed by boos from the studio audience.