TV talent show judge is a chip off the old block 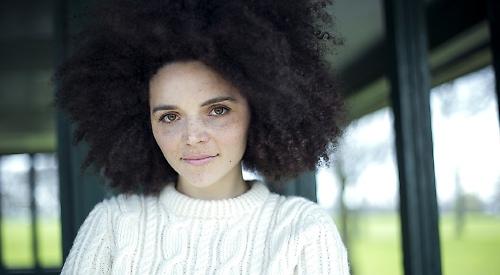 AN aspiring musician and actress has spoken of her pride at making her first television appearance.

Amy Lynch, 25, who grew up in Nettlebed and studied performing arts at The Henley College, has been chosen as one of 100 judges on the BBC’s new weekly talent show All Together Now.

The first series, which began on Saturday night, is presented by stand-up comedian Rob Beckett and the judging panel is captained by former Spice Girl Geri Horner.

The contestants have to sing pop songs in front of the judges, who are arranged in six rows in a giant grandstand.

If they are enjoying a performance, they stand up and dance while singing along and their seat changes colour from red to yellow.

Singers are scored based on how many judges join in and the best performers go through to the following week’s show.

Miss Lynch, whose father Kenny enjoyed a string of hit singles in the Sixties, originally applied to be a contestant after seeing an advert on Twitter last summer.

She was invited to audition at the BBC’s studios in Salford.

She said: “As it got closer to the audition, I got a bit nervous and didn’t know whether I’d be able to perform in front of so many judges as I prefer to be in the studio writing songs for other people.

“However, the producers told me I might be able to get a place on the panel if I talked to them a bit about my life and experience. I set my mind on that because I knew it was something I’d really enjoy.”

She was awarded a place on the panel and spent two weeks in Salford filming the six episodes of the series while her mother Julie, who lives and works in Henley, was in the audience.

She and her fellow judges, many of whom are professional musicians, were taught hundreds of pop songs beforehand as the contestants’ choices were not known in advance.

Miss Lynch, who now lives in London, said: “The audition went well and I got a very positive vibe from the casting team.

“I liked the fact that they wanted everyone to do well — they were very genuine and uplifting.

“They asked lots of questions rather than making me sing three songs back to back and in terms of judging they just wanted people with some nice opinions who would bring something to the show.

“It was a surreal experience but it was amazing and everyone in the judging panel really bonded. We’ll definitely hang out afterwards and I’d love to do it again though there has been no word on that yet.

“Geri came up to introduce herself on the first day and did a lot of filming with us every day.

“It was obviously a very busy time but she made time for everybody else and was really lovely to work with.”

Saturday’s opening show was the most-viewed programme in the timeslot, with 3.6 million people tuning in, and the fourth most popular during the entire evening.

Miss Lynch said: “Hopefully that’s a sign that it will continue for more series. I think people are refreshed to see a music show with a lot less pressure.

“They’re not promising massive fame and fortune or a record deal but it’s a chance to get up and sing, whatever your background.

“It’s just fun and you’re just trying to get people to dance. There isn’t a really critical atmosphere.

“My family and I haven’t sat down and watched it together but everyone really enjoyed it.

“I think they’re a bit distracted because they’re more focused on trying to spot me than paying attention to what’s going on!”

Miss Lynch attended Nettlebed Primary School and Langtree School in Woodcote before going to college and then took a degree in professional musicianship at the Institute of Modern Music in Brighton.

She has since appeared in a number of television adverts, including a promotional campaign for the 2014 MOBO awards.

She has a supporting role in an independent feature-length film called Faces to be released later this year.

She will also appear briefly alongside her father in a forthcoming ITV programme called Last Laugh in Vegas, in which stars of older generations stage a variety show in Las Vegas.

Miss Lynch said: “Dad has been supportive and is very happy for me to be doing the show.

“My long-term goal is to get on a programme that combines singing and acting, which are my two passions. I’d love to be on something similar to Glee.

“I’ve always been the one who would get up at parties and force everyone to listen to me singing and was constantly badgering my parents to send me to drama school.

“I actually think my time at The Henley College was the most useful training I received.

“It set me up really well for going on to higher education and beyond so I’m really thankful for that.”