Budd gets season off to steady start at Castle Combe race 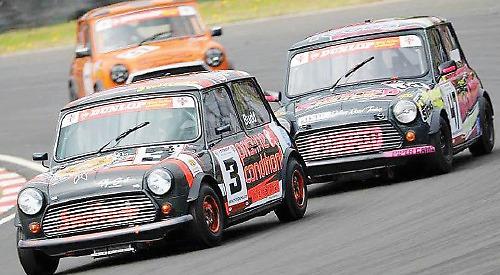 In the first race of the year at Castle Combe, Budd’s Pristine Condition saw the improvements they had made on the car pay off in qualifying putting on pole by 0.2 seconds, ahead of experienced racers and previous champions Lewis Selby, Andrew Deviny, Paul Spark and Daniel Budd.

With 31 cars lining up on the grid, the main focus was to get strong points to start the season off. After a race-long battle, leading the race and dropping back to fifth at one point, Budd crossed the line in third place with the fastest lap securing pole for race two, narrowly missing out on the lap record.

Race two was cut short due to incidents throughout the day. After setting off from pole and leading the first few laps and the front two making a slight break from the field, on lap four Budd and Selby swapped places going on to the straight slowing them both down allowing for Spark and Deviny to close the gap. After contact with Spark, Budd dropped back down to fifth, with a move on the last lap placing him fourth overall.

The next round of the championship is the Snetterton Mini Festival on May 13 and 14.