Looking for a city slicker? Seat's Mii is the perfect fit 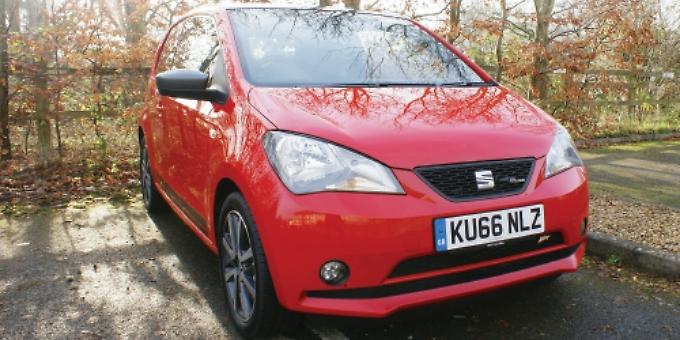 WHEN it comes to the “It’s all about me” generation — with its selfie and social media obsessions — the name Mii would appear to be right on the money.

That’s if I have the correct pronunciation, of course. So I checked it out. And indeed, Mii — the monocle of this week’s drive, an elegantly smooth little city car called the Seat Mii — is by general consensus pronounced “Me”.

It wouldn’t really have mattered to me if it turned out that the right pronunciation was “My”. After all, you’d then be talking about my generation — you know, the Sixties, Roger Daltrey and The Who — who I’m sure many of you remember.

Anyway, before we move on let’s have a bit more fun at the expense of this cute name. I Googled “how do you pronounce Mii?” and got the inevitable forum frenzy — well, more of a dignified discussion between, er, petrolheads.

So someone in the forum said Mii should be pronounced “like the Nintendo Wii”. Good point, I thought. Then someone else piped up: “I’ve always gone with me.” Another positive: “Yep, me!” One thing is certain about the so-called Me Generation is that they seem to have a lot of spare time on their hands for, well, me — that is, themselves.

But that might just be me being a tad grumpy — I’m sure a good portion of the Sixties generation could be accused of tardiness these days. Come to think of it, many of them are probably as obsessed with themselves as any generation.

Anyway, what about the car, I hear you say! Well, actually, for me, the Seat Mii continues to cement my general acknowledgement (and surprise) at how good the Seat model range has become in recent times.

I had not driven Seats for a while. Then I wrote reviews of both the latest incarnations of the Leon and Ibiza models. Of the latter I said that it showed “this carmaker appears to be demonstrating a fine awareness of what buyers want”.

The Seat Mii FR-Line I have been driving this week confirms that view. My first observation would be that if you were considering buying a city car, you should go for the highest spec available.

I am always going on about this because the specification of a car is so important to new car buyers. This is because you want to get the car that suits you. And no one knows what you like but you.

Really, choosing a new car might be like choosing a holiday. No two people ever seem to have the same view about what they like most about a given vacation.

So my advice is to get up close and personal when you are considering splashing the cash for new metal.

This plucky little Seat Mii, for instance, is available in three- or five-door versions and has six trim levels on offer. The FR-Line I was driving was new at the beginning of this year.

I actually think this 2016 FR-Line could be the making of this model — you get a strikingly sport-oriented car.

Its new sports suspension translates to better handling from behind the wheel. Distinguishing it from other Miis on the outside are two unique features — Atom Grey door mirrors and black exterior door graphics. These may not count for much with some people, but my first impression of the Seat Mii FR-Line test car was how smartly it was turned out.

Anyone would be quite proud to be seen driving this car through any cityscape. And with low fuel consumption (headed in the range by the 68.9 mpg Ecomotive) you can look good without forking out a fortune for the sake of style.

Of course part of any unofficial top-spec buyers’ guide when choosing a new car is something called “key options”.

To make the most of your Mii you could throw in options such as metallic paint, Alcantara upholstery, four exterior packs (White/Black/
Velvet and Colour, taking in the wheels and door mirrors), chrome door mirrors, DAB digital radio, panoramic glass sunroof, heated front seats, and LED daytime running lights.

The list goes on. But I assure you that little niceties such as heated front seats a happy driver make (a heated steering wheel puts him or her in heaven).

In the case of the new — and much improved in 2016 — Seat Mii, this little car would make the most cynical of city slickers smile.