VW fires you up hill and down dale 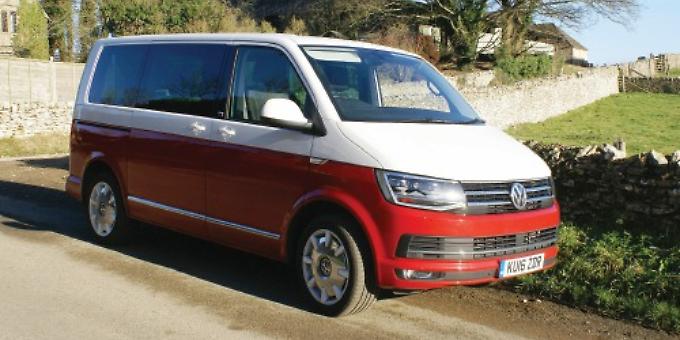 Any car in its sixth generation of manufacture has to be considered an “oldie”. But when it comes to going the distance, this week’s drive, the Volkswagen Caravelle, has developed a strategy all of its own and proved a great stayer.

The Caravelle belongs to the Volkswagen Transporter “family” and unbelievably is now in its sixth generation — a badge that bears testament to its longevity was a feature of the 2017 test model I have been driving.

My memories of the Caravelle, as you might expect, go back a long way. I have owned two — one of the early split-windscreen models while I was a cub reporter and another later model in which during the Seventies I toured Scotland.

In the early Nineties I recall taking my young family into London at Christmas and parking off Regent Street in a glorious present-swallowing Caravelle to visit the toy store Hamleys.

The Caravelle has always struck me as a useful, accomplished family vehicle that was willing and able to go anywhere long before so-called people carriers became fashionable. Not only that, but the Caravelle’s commercial value has been huge in Transporter mode as both van and pick-up.

But I could not believe how handsome this latest incarnation appeared in a red-and-white livery that also managed to convey a distinguished retro look. (This was the Caddy White/Cherry Red two-tone paint.)

Not only that, once you get past this artful retro persona that plays on the history of the model, the interior of the Caravelle is as up to date as you could wish.

Though classed in the Volkswagen stable as a “commercial” vehicle, I think there is no reason why private motorists should not consider buying a Caravelle as they would consider any luxury car, crossover or top-spec SUV (sport utility vehicle).

Certainly, the Caravelle drives like a car. It’s big and long — though the test model was a short wheelbase version — but its 2.0-litre turbocharged diesel engine is mightily willing to perform.

And this Caravelle’s seven-speed direct-shift gearbox worked like a dream: in sport mode it fired this seven-seater up hill and down dale with ease. Official fuel consumption figures achieve 44.8 mpg on the combined cycle.

In the “useful department” where this car excels, I had to collect a heavy pine bookcase from Henley and bring it back to Gloucestershire. The seats in the rear of the Caravelle are on a floor-mounted rail system so it was relatively easy to make room for the bookcase. (If required, seating can be removed to create a huge load area.)

I’m sure this vehicle finds its sweet spot with airport taxi firms or as hotel transport for guests — but it would be equally at home on a picnic or family visit to the seaside.

Behind the driver and front passenger seats are 360-degree swivelling and folding seats on the first rear row and a newly designed three-seat bench at the rear.

An ingenious table pops up at the press of a button in between and you have an instant conference area or spot for a picnic lunch. I also liked the generous interior lighting in this model. So often interior lighting can be limited but in the Caravelle pristine lighting is equally shared throughout the vehicle.

Caravelle models feature a different specification of dashboard to the Transporter with a contrast colour central strip, piano black covers for the upper glovebox and gearshift surround as well as chrome surrounds for the air vents and infotainment panel. A lockable glove compartment and higher-grade seat fabrics complete the Caravelle interior package.

All Caravelle models feature driver and passenger side sliding doors. These are easy to operate and I think would be essential if you were considering using this type of vehicle for private use.

The Caravelle SE is fitted with 16-inch alloy wheels as standard, along with body-coloured bumpers and mirrors, a high-gloss black grille with three chrome strips and an additional chrome strip along the bottom grille on Executive models.

Above all, this Caravelle proves that ageing gracefully while not being for the faint-hearted can be achieved with a fine sense of purpose and design.

Caravelle Executive models start from £33,145 (basic excluding VAT) and build on the standard specification of the SE