Does new Vauxhall have the X factor? 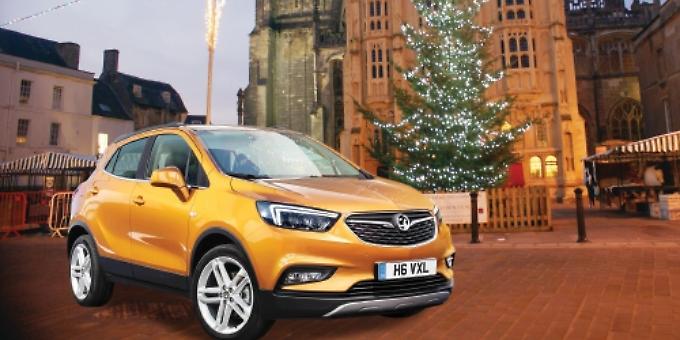 CHRISTMAS in the Cotswolds has a flavour all of its own — somehow the predominant honey-coloured brickwork of the houses seems to chime perfectly with the seasonal holly and the ivy.

But if Christmas in the Cotswolds has that “X” factor when it comes to atmosphere, then it seemed appropriate this week to feature a new car that might just possess that special ingredient.

Certainly, Vauxhall’s new Mokka X medium-sized crossover SUV (sport utility vehicle) has got the name right. But does the car match up?

As a phrase, “the X factor” in recent years came to prominence through a TV talent show. We could all figure out that the judges were looking for that certain indefinable something that promised stardom.

The Oxford online dictionary describes the “X factor” rather soberly as “a noteworthy special talent or quality”. Over the Christmas period I shall be assessing whether or not this new Mokka indeed has such qualities. I have driven an early model of the car, but interestingly not with the “X” added. Vauxhall introduced the Mokka X at the 2016 Geneva Motor Show and it went on sale in Britain in the early autumn.

It is in fact two years since I drove a Mokka. I said then of the original that “overall, the Mokka is going to find it tough in a market where its nearest rivals provide the hottest competition around for sales”.

That is of course still the case, but the Mokka has proven to be a stayer and taken great strides in securing its place in this tough new car sales segment. Indeed, Vauxhall has sold 120,000 Mokka units in the UK since its launch in 2012 — and not unreasonably the carmaker hopes to capitalise on this by introducing the new Mokka X.

Not only that, but in early 2017 the Mokka X will be joined in Vauxhall’s model range by “an exciting new crossover sibling” called the Crossland X.

“Our customers’ expectations are changing, so the timing is perfect for an additional model in the Vauxhall range, which caters for a new breed of buyer,” says Rory Harvey, Vauxhall’s chairman and managing director. “The Crossland X will sit next to the Mokka X in our range, but their identities will be well-defined and we anticipate that each will have its own following. More will be revealed at the start of next year.”

The Mokka X, says Vauxhall, aims to “build on the popularity of the successful Mokka model, introducing a fresh interior and updated exterior design, as well as a new powertrain and featuring Vauxhall OnStar and Apple CarPlay”.

This could be a canny marketing strategy for Vauxhall because the competitive compact SUV segment continues to grow and is now one of the largest in the UK. The Mokka X has a wider, more solid and muscular stance on the road, while retaining its “sporty edge”. I think the styling of the X is immediately more appealing.

The Mokka X has a new dashboard inspired by the new Astra, and a simpler, revised instrument panel.

The look has been redeveloped around the seven- and eight-inch touchscreens of the new-generation infotainment systems. Now with fewer buttons, it has functions that are accessible via the touchscreen. The new Mokka X adds the 1.4-litre Direct Injection Turbo (152PS) petrol unit to the range, in addition to the 1.6-litre ‘Whisper Diesel’ engine introduced last year.

The 1.4-litre Turbo is available with manual or six-speed automatic transmission, as well as adaptive all-wheel-drive and start/stop. Official figures for the petrol engine claim up to 47.1mpg combined and CO2 emissions of 140g/km.

The new AFL LED system adapts the headlights’ lighting patterns automatically to the driving situation to give the best possible light performance without dazzling other road users. It features nine different functions, with the new LED system replacing the previous BiXenon AFL.

The new Mokka X is available with the personal connectivity and service assistant, OnStar. This offers customers a broad range of safety and comfort services, including access to a trained adviser. OnStar also turns the Mokka X into a 4G LTE mobile Wi-Fi hotspot, enabling up to seven different devices to be connected simultaneously.

l Powertrains achieve up to 72.4mpg on combined cycle