Historic Aston racecar for sale in 2017 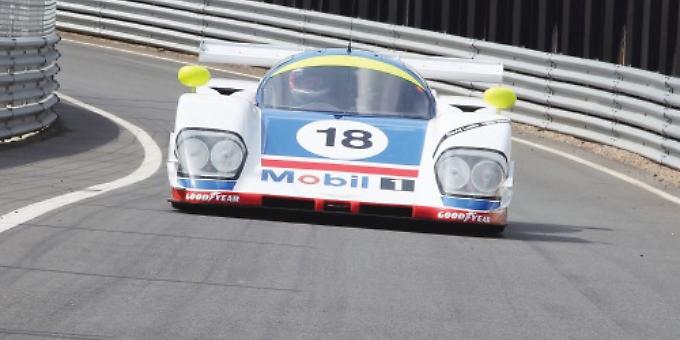 A HISTORICALLY significant 1989 Aston Martin AMR1 Group C racecar and important piece of British motorsport history will be offered for sale by Silverstone Auctions at Race Retro on Friday, February 24.

Headlining the auction house’s dedicated competition car sale at Stoneleigh Park, Warwickshire, racecar collectors have an outstanding opportunity to acquire a genuine ex-Works AMR1, from one of the great and golden eras of motorsport, with a pre-sale estimate of £500,000 to £550,000.

Making its debut at Donington Park in 1989, the newly built chassis AMR1/05 achieved an impressive result finishing in seventh position. Later that season, at the Circuit de Spa-Francorchamps, AMR1/05 finished seventh, driven by Redman and Dickens.

At the final round in 1989 in Mexico City, also the final race for the Aston Martin, AMR1/05, now upgraded from a 6.0-litre to a 6.3-litre “Version Two” engine producing 740bhp, finished eighth, driven by Leslie and Roe, securing sixth place overall for the team in the championship.

Sold in 1990 after the factory team was disbanded, AMR1/05 has been professionally maintained and regularly campaigned at an international level in historic Group C and IMSA racing in the UK, Europe and USA. At its historic race debut at Silverstone, the car finished in ninth position and went on to achieve its first-ever international victory at Monza in 2003, most aptly with David Leslie at the wheel, also setting the fastest lap.

After years of sterling service in Group C racing, the current owner gave the controls to GT3 winner Andy Meyrick, who put AMR1/05 on the front row of the grid at Donington in May 2013, taking the flag for the car’s first ever win on UK soil.

At the car’s next outing in 2014, Le Mans LMP2 winner Tom Kimber-Smith took the wheel at the Le Mans 24hr support race, in front of a crowd of more than 100,000 people, placing the car fifth in qualifying and finishing in second place. Nick Whale, managing director at Silverstone Auctions, said: “This car represents a major piece of motor racing heritage with unquestionable provenance, superb build quality, and with a proven ability to win.

“Group C racing stands out to this day as one of the most sensational and spectacular eras in the history of motorsport, and this car would be an ideal entrant to the Classic Le Mans race in 2017 and historic Group C racing championship.”

The Aston Martin AMR1 Group C racecar presents in excellent condition and is offered in its original “Mobil 1” livery.

l AMR1/05 has secured a number of race wins and podium places with legendary race drivers behind the wheel.