C3 is a powerful case for picking the right engine 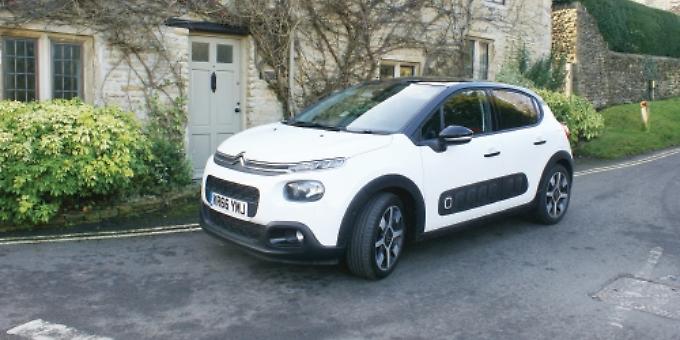 IT is the perennial question for every motorist and I make no apology for asking it once again: what is it that makes a car a “good drive”?

Well, it is obvious to me that it is a combination of a number of things — engine performance and economy, handling, comfort and driving pleasure.

So why, when I got behind the wheel of this week’s drive, the Citroën C3, did I not get quite the buzz I felt when, on two recent occasions, I drove its (slightly) bigger brother, the Citroën C4 Cactus?

The cars look like they are related — but you could not mistake one for the other as they are distinguishable in their own right.

The new C3 is smaller, of course, and this translates into its body language and has produced a more compact look.

And somehow the C3 is a more subdued drive than the C4 Cactus with its rather frisky, cavalier attitude.

Of course another driver might form an entirely different opinion. I actually like the C3 as a model very much and have happy memories some years ago of driving one back and forth to London on a long-term test.

That car was willing and able — and surprisingly comfortable, with lots of room (a load of logs was swallowed up in the boot).

There is no question in my mind that this new C3 is a good car — an accomplished all-rounder that looks stylish.

After thinking about it, I realised that if it didn’t quite have that certain something it must have had something to do with its engine.

You have to get this right when choosing a new car — the power choice is simply crucial.

I am sure that a lot of new car buyers know what they want yet find it hard to distinguish the merits of one engine above another.

More importantly, there is the vexed question of whether one particular engine suits your needs.

I often quote a motorist I knew who for the family people carrier — shopping, holidays, multiple short journeys — picked a powerful V6 engine as their engine of choice.

The result was a car that was overpowered for the jobs at hand and uneconomical to boot.

With the new C3, as you would expect the engine choice is varied, and these are undoubtedly efficient, fuel-sipping engines. The choice is from the latest PureTech petrol and BlueHDi diesel powerplants.

Here, Citroën rather echoes the sentiment I have expressed above: that is, the carmaker aims to please by providing engines that “suit you best”, providing “a fine balance between economy, efficiency and go-anywhere performance”.

The petrol version — the PureTech 110 engine — won the 2016 International Engine of the Year Award, organised by the magazine Engine Technology International.

Now it may be that this is the most satisfactory engine to have in the new Citroën C3. I was driving the Blue HDi 100 manual. However, I think that for my particular requirements for driving, the award-winning PureTech 110 engine would suit me better if I was buying a new C3.

I hope to test the new C3 with that award-winning engine some time soon to satisfy my curiosity about the difference between it and the diesel version.

Actually, I have gravitated a la Europeans more towards diesel-power, but that may change in view of large questions being asked about diesel and health.

And though I like the “drive” of diesels, I don’t “get on” with any car that I feel is even a tad underpowered.

Elsewhere on this new C3 I could not fault the equipment and kit. Citroën calls these the “eight great benefits” of owning a new C3. So you get the wonderfully named Airbump (so cool on the Cactus) that wards off daily skirmishes on the road with careless other motorists.

Then there is Bi-tone — a great combination to suit you in a mixture of body colours.

There is also interior ambiences, which gives you colour choice inside the car; the self-explanatory panoramic sunroof; ConnectedCAM, your own onboard HD camera; Connect NAV, a multi-function satnav system; other driving aids and, of course, the choice of engines.

It is worth noting that this C3 is a hot little number in its rally form — the Citroën C3 WRC — which has just made its competitive debut in the legendary Monte Carlo Rally.

So, in short, if you buy a C3 you are on to a good thing. Just make sure you get the right model specification — and most importantly the engine — that suits you and your style of driving.

l Three roof colours, and the option of a body colour roof (monotone)