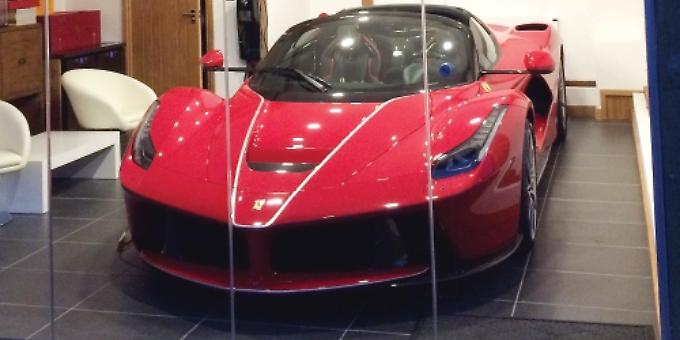 Motoring enthusiast BEN STODOLNIC, a pupil at Langtree School in Woodcote, loves to spot supercars on our roads. You can find him on Instagram and YouTube @mysupercarjourney

WITH a limited production line of 209 cars and a 6.3-litre V12 engine combined with an electric motor producing 950bhp, Ferrari unveiled the LaFerrari Aperta in 2016 at the Paris Auto Show.

The car is a convertible version of the discontinued coupé version of the LaFerrari. However, Ferrari claim it can still reach a top speed of over 217mph and can accelerate from 0 to 62mph in under three seconds — thus it has the same straight-line capabilities of the coupé.

This particular car has a unique and distinctive specification, by having 10 spoke silver alloy wheels from the FXX-K — which is Ferrari’s research and development programme based on the LaFerrari hybrid.

There have been some subtle changes from the LaFerrari Coupé. One of these is the way that the dihedral doors open — a new technology that had to be developed because of the removable roof. Another change is the wing mirrors — lying straighter and lower on the Aperta than the Coupé.

The “” name has so far been preserved for the limited-run Ferraris. With the latest being the LaFerrari, Ferrari certainly high expectation to live up to going forward.