Trio that show Renault's still on a roll 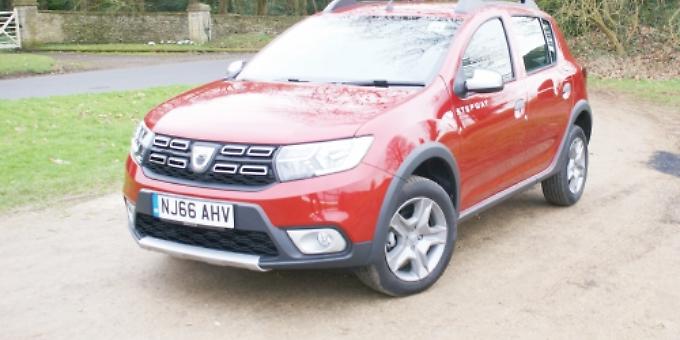 THE Renault roadshow rolled into the Cotswolds to show off a model line-up brought bang up to date for 2017.

First up was the 2017 Dacia Sandero Stepway — the Renault Group’s sobering lesson for other carmakers on how to make a truly inexpensive (yet complete) car.

I recall being very impressed by the Sandero the first time I drove it. As far as value for money goes, it was a winner from the off and cannot help but go on improving.

New features on the Sandero Stepway include air conditioning and DAB radio now standard on all versions and new LED daytime running lights.

Height adjustment has been added to the driver’s seat, steering wheel and front seatbelts on all trim levels.

Styling changes include a new wheel design and a new choice of colours. The Sandero is available in a four-version line-up based on two established trim levels — Ambiance and Lauréate.

There is also a choice of two engines — the advanced TCe 90 petrol and global best-selling dCi 90 diesel.

However, although the Sandero is admirable, I like a bit more comfort. My next drive was the Renault Kadjar Signature S TCe, which fulfilled the latter desire to a tee.

This car remains an excellent drive and one of the most comfortable models in this segment I have driven.

I would like to see the Kadjar’s profile raised to a wider audience because it deserves it.

The Kadjar is also quick, willing and economical — what more could you ask for?

The all-wheel-drive system is an intelligent method of improving traction, which allows three operating modes — auto, lock and 2WD — so that owners can fine-tune how the car drives according to the road surface and weather.

Main points about the Kadjar:

l Driving enjoyment, comfort, connectivity and safety to the fore

Last but by no means least, I drove an old favourite of mine — the 2017 Renault Clio.

After a quarter of a century of being with us, the Clio needs no introduction.

I was pleased to see all its features are roundly honed.

More than 13 million Clio models have been sold in more than 115 countries.

The Clio is one of only a few vehicles to have ever been voted European Car of the Year on two occasions — first in 1991 and again in 2006.

It was the first supermini to score the maximum five-star Euro NCAP rating, in 2005.

The Clio was also the safest supermini tested by the organisation in 2012, offering five-door practicality, but with the low, sporty profile of a coupé.