Škoda's one-litre petrol engine is on the money 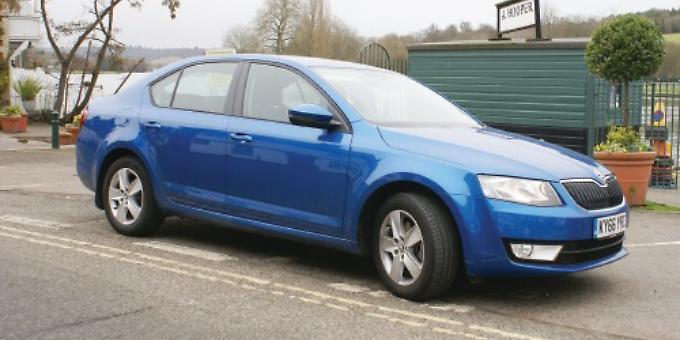 I SUSPECT that a lot of motorists find the subject of engines boring — the preserve of anoraks and
so-called petrolheads.

But today I wanted to write about an engine so, as they say on television, if you don’t want to know the results of my meanderings please look away now.

Once upon a time, the motoring cognoscenti might have subjected a one-litre engine — that is one of around 1,000cc or just below — to derision.

It was all about big power — V8 and V12 engines with monster power plants of huge cubic capacity.

Big engines in the United States, for example, on any given vehicle might register a massive 8,354cc (8.4-litre).

However, size with engines is not everything and the subtle power behind this week’s drive, the Škoda Octavia SE Hatch, entirely proves this point.

A new three-cylinder, 1.0 TSI petrol engine was introduced in the Octavia towards the end of last year.

Now there are currently serious questions being asked about diesel and health, which could result in an undignified rush away from the production of diesel-powered family cars.

So in that context, this new turbo-charged, petrol-powered 1.0 TSI engine in the Škoda Octavia is right on the money.

I found its all-round performance quite extraordinary. Not necessarily revelatory on economy, though on that front it scored well — the official combined cycle mpg being 62.8 mpg and the car’s computer telling me I averaged 50 mpg.

What impressed was the overall driveability of a car of this size with a relatively small engine.

I liked the fact the 1.0 TSI engine in this car worked very well together with a six-speed manual transmission.

This meant gear-changing was easy and swift. Also, I found that at higher speeds on motorways where you might expect the smaller engine to fade, from fifth to sixth gears there was actually good acceleration.

I am not saying that one is not aware of the fact you do not have “giant” power at your fingertips. No one-litre engine is going to perform quite so instantly as bigger engines. But the willingness in this 1.0 TSI engine was quite extraordinary, from low speeds to relatively high speeds.

One good test bed for such an engine I regularly use is at junction 15 on the M4 motorway.

Heading east towards London, the climb from joining the motorway at this point is gradual but actually relatively steep for a motorway.

So you soon see as you come onto the M4 from a slow speed how much pulling power any engine has.

The Škoda Octavia SE Hatch took to it like a duck to water — there was no hesitation.

The 1.0 TSI engine was one of two TSI petrol and two TDI (diesel) engines available from the launch of this revised Octavia in the UK.

The other petrol version is a more powerful 1.4 TSI, which I hope to test at a later date. I would have high hopes that too would prove to be extraordinary in its performance.

But what it might find difficult to match is the average motorist’s expectation from a small engine.

After all, the 1.4-litre is more commonly assumed to at least attempt to produce more than adequate performance whereas the assumption with a one-litre engine is that it might prove underpowered.

What backs up my enthusiastic reception of this particular Škoda Octavia SE Hatch with its 1.0-litre petrol-powered engine is the fact that it is not a small car.

There are five seats, a huge boot, 16in alloy wheels, a smart three-spoke leather multifunction steering wheel — all key features on SE models. In other words, everything one would expect to find in a medium-sized family saloon.

The screw is tightening ever more on carmakers to produce vehicles that are more acceptable to the environment — the electric car cometh, methinks.

Cars such as this week’s drive, the Škoda Octavia SE Hatch 1.0 TSI, with its balance of power and economy from a small engine, pave the way for more socially acceptable vehicles on our ever-crowded roads.