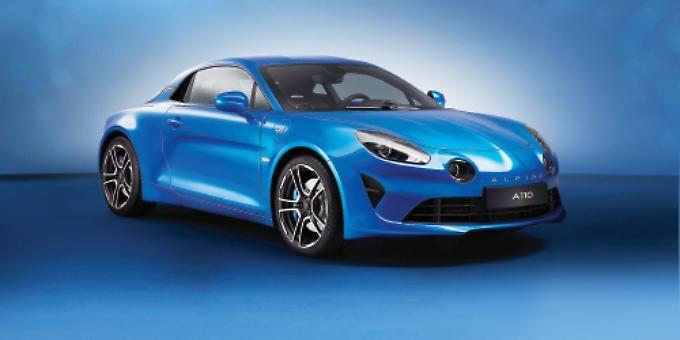 IF you missed the undoubted star turn at the recent Geneva Motor Show then there is a chance to see the car for yourself at the London Motor Show in May.

Alpine’s stunning A110 two-seater sports car will be given its UK debut at this year’s Battersea Park event.

The A110 stole the show at Geneva at its world premiere and was number one on visitors’ viewing schedules.

The French-made Alpine will be seen by thousands of visitors to the three-day event.

The Alpine brings back in name and spirit Alpine’s Berlinette model from the Sixties and Seventies.

Alpine says the car has been “designed to reflect the timeless principles of compact size, light weight and agility”. The car features a full aluminium platform and upper body and is powered by a 1.8-litre turbo engine that produces 252hp. Alpine says it sprints from 0-62mph in 4.5 seconds.

Alec Mumford, chairman of the London Motor Show, said: “It’s a real accolade to have the Alpine A110 showcased here for the first time. We’ve already had to release more tickets for May’s event, and having the Alpine A110 make its UK debut goes to show just how much weight it carries in the automotive world. We’re very excited to release the A110 to a UK crowd and anticipate the car well and truly stealing the show.”

For more information on the London Motor Show, visit www.thelondonmotorshow.co.uk.

The Velar is positioned between the Range Rover Evoque and Range Rover Sport. It will be built exclusively in the UK and powered by the latest ultra-clean UK-built Ingenium petrol and diesel engines.

Jaguar Land Rover is working towards a cleaner future with ultra-clean diesels and petrol engines, BEVS, PHEVs, MHEVS all in its strategic plans. By 2020 the company will offer customers the option of electrification on all its new cars.

The new Volvo XC60 was revealed at Geneva. Volvo’s latest new model was shown for the first time globally. Featuring three advanced new driver-assistance features, Volvo says the new XC60 will be one of the safest cars on the road when it replaces Volvo’s current best-selling model.