Beefed-up Aventador's lighter and quicker than ever before 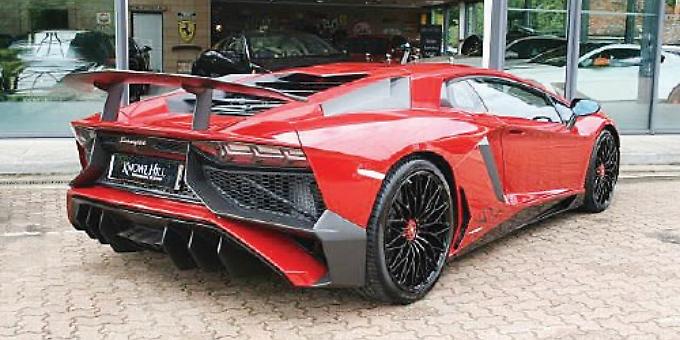 Motoring enthusiast BEN STODOLNIC, a pupil at Langtree School in Woodcote, loves to spot supercars on our roads. You can find him on Instagram and YouTube @mysupercarjourney

HERE is one of only 600 Lamborghini Aventador LP750-4 Superveloces worldwide, painted in Rossa Bia.

It can accelerate to 62mph in under three seconds and looks otherworldly.

Better still, it’s in the showroom at the Knowl Hill Performance and Luxury car dealership.

The SV is a faster, lighter version of the standard Aventador LP700-4, and is often compared to the McLaren 675LT, due to the fact that they’re both more track-focused versions of previous models.

With a limited production, the Aventador SV is a rare beauty to see on the roads, yet the appearance is monstrous and aggressive beyond belief. This car has been fitted with a sports exhaust, and there is lots of carbon fibre, making the car even lighter.

Lamborghini released it under the concept of “the lowest possible weight and highest possible performance” — making it the fastest, most exciting Lamborghini of all time.

Knowl Hill Performance and Luxury is located between Henley and Maidenhead. Cars currently for sale include an Aston Martin GT12, a BMW M4GTS, a McLaren 12C Spider and many more.

I enjoyed visiting the dealership due to their incredible fleet of supercars and friendly staff.

I recently posted a photo of this car to my Instagram account @mysupercarjourney, where it got more than 150 likes. The photo was reposted by over 15 different accounts, one of which had 3.9 million followers.