F12 inspires you to go with the 'flow' 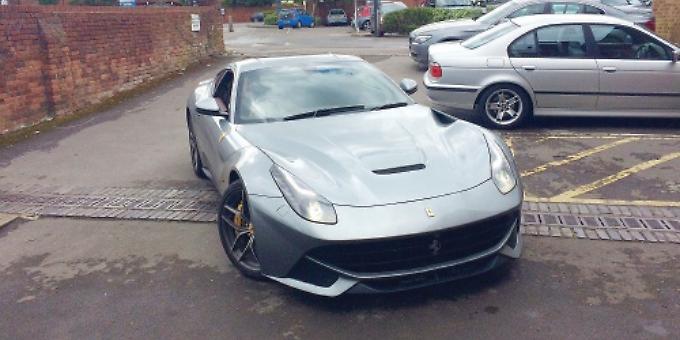 Motoring enthusiast BEN STODOLNIC, a pupil at Langtree School in Woodcote, loves to spot supercars on our roads. You can find him @mysupercarjourney on Instagram and YouTube

WALKING out of the back door of WHSmith in Bell Street, I certainly wasn’t expecting to encounter a Ferrari F12 Berlinetta.

With a 6.3-litre naturally aspirated V12 engine powering the supercar from under the bonnet and a top speed of 211 miles per hour, until the LaFerrari came along it was Ferrari’s fastest road car when it was released at the Geneva Motor Show in 2012.

There is no denying the F12 is a complete beauty to behold — the aerodynamics are subtle yet effective.

For example, the F12 has an “Aero Bridge” on the side of the car, increasing downforce and reducing drag.

Also, there is an “Active Brake Cooling System” — flaps on the front of the car to channel air to the brakes.

The performance of the Ferrari F12 Berlinetta is utterly formidable. It can accelerate from 0-62mph in 3.1 seconds and has nearly as much power as Ferrari’s F1 car.

However, Jeremy Clarkson described it as “sort of out of control”, adding that he wished it had “a bit less power”.

Is 730bhp far too much power for a roadgoing car?

Ferrari has recently announced the release of a successor to the F12 — the 812 Superfast.

It is “aimed at those who demand the most powerful and exclusive Ferrari available”, according to Ferrari themselves. It will produce a peak power of 789bhp.

Surely the new release will not do the value of the F12 any favours. However, the styling of the 812 is controversial.

Ferrari didn’t collaborate with Pininfarina to design it, unlike the F12, and people are suggesting that the design of the new 812 Superfast does not have the “flow” of its predecessor.

With prices from £239,908, and being a supercar for the prestigious, those lucky enough to get behind the wheel of a Ferrari F12 Berlinetta have a menacing masterpiece on their hands.