Peugeot's flying the flag for France 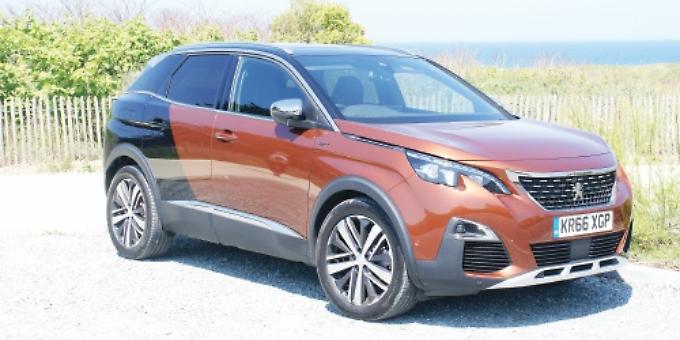 SOME of the many thousands of British motorists who plan to travel through France this summer might feel a frisson of apprehension because of Brexit.

Which is understandable: truth to tell, we felt slightly apprehensive ourselves on our recent motoring trip to Brittany.

It’s almost exactly a year since Britain decided on June 23, 2016, to leave the European Union, so even the hardiest Francophiles might be forgiven for feeling nervous.

Our slight jitters came to a head in a small but perfectly formed seaside town called Saint-Énogat near Dinard in northern Brittany.

The main road that leads to the beach in Saint-Énogat is lined with the flags of EU countries and has been ever since I can remember. We have been visiting Saint-Énogat for more than two decades.

But for a moment I thought the good people of Saint-Énogat had ditched the Union Jack.

There were the French and German flags and blue EU flag itself, up front and central on the esplanade, looking too close and cosy for comfort for any nervous Brit.

However, the Union Jack was there, though I had a feeling that its present position further down the beach might have been an act of relegation. But we need not have worried. From the moment we were greeted by a friendly French gendarme when we docked at Saint-Malo — we were driving a shiny new Peugeot 3008 SUV — there was absolutely no sign of any resentment because we were Brits.

In fact, we had a most enjoyable driving holiday in France. Though I was puzzled by one motoring conundrum.

Many years ago, while driving in France, a friend and I fell victim to the dreaded “priorité à droite”.

This bizarre rule of the French roads means that in towns or villages you have to give way to traffic joining the road you are travelling on from practically any lane or small road to your right.

My friend and I were travelling in a very robust former Austin London taxi. My friend had bought it for our trip to what was then Yugoslavia (now returned to its constituent republics such as Bosnia and Herzegovina).

Just as well: from a dusty track to our right a French farmer’s van suddenly whizzed out and badly damaged the right wing of the taxi.

The ensuing arguments centred on the fact that the farmer pleaded vociferously that he had “priorité à droite”. The outcome was that we were fined on the spot and allowed on our way.

I thought this frankly daft road rule had been abolished. However, and British drivers going to France this summer take note, according to my 2017 AA road atlas — purchased especially for this trip — “in built-up areas” drivers should “give way to traffic coming from the right — priorité à droite”.

I would really like to know whether this rule still applies on French roads because I believed it had been abolished.

Certainly, British drivers should be aware of it this summer, which is presumably why the AA includes it in its current road atlas under the “Driving in France” section.

Anyway, the Côte d’Émeraude from Saint-Malo to Brest on the N12 is a delightful drive with many tempting distractions for the motoring tourist.

The places of interest are too numerous to mention here, but if you find yourself on the N176 heading west (to join the N12), do visit Saint-Énogat and Saint-Lunaire and further round the coast Saint-Jacut-de-la-Mer — a protected coastal peninsula.

The main roads are in good shape and dotted with those wonderful intersections in towns — leaving aside the priorité à droite puzzle for a moment! — where the French plant lovely islands of flowers.

The right-hand drive Peugeot 3008 SUV (sport utility vehicle) I was driving felt literally very much at home in France. This car has a great up-to-the-minute air about it.

This is not by accident. Peugeot has adopted what it calls an “upmarket strategy” in producing the new 3008 SUV.

The SUV market in Europe has grown considerably: one car in 10 now belongs to the SUV sector.

So Peugeot has made this car ultra-comfortable and packed with modern technological aids, such as its new digital i-Cockpit.

This features an eight-inch touchscreen and 12.3-inch high-res instrument panel.

The interior oozes the kind of comfort you might expect in much more expensive cars, but Peugeot obviously believes this is the way to go. And after driving the 3008 in France I have to concur.

There is no doubt in my mind that this new 3008 SUV demonstrates the way all car manufacturers should be going. The competition is very tough.

Peugeot upping massively the technology and comfort on the 3008 SUV shows that it is taking on all-comers.

l Digital Peugeot
i-Cockpit features an 8in touchscreen and 12.3in high-resolution instrument panel

l Boot space has increased and has 591 litres capacity with the seats up and parcel shelf in place, yet rises to 1,670 litres with them folded