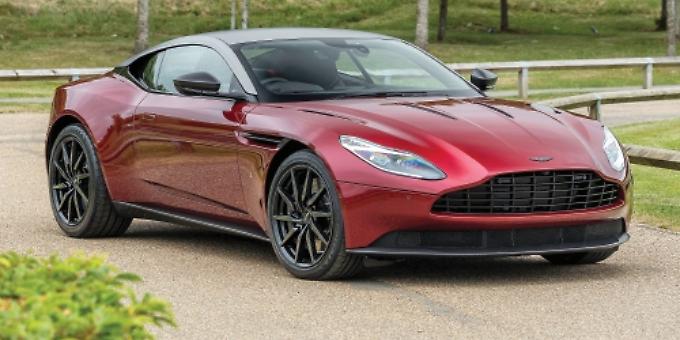 IN the past I have driven a number of Aston Martins — the best of which was a super burnt orange V12 Vantage I wrote about several years ago.

I recall that the man from Aston who delivered the Vantage to my home compounded the legend that surrounds this great British marque.

Hugh (I never knew his surname) was the kind of man who had delivered every conceivable Aston Martin going.

There was, I recall, a certain whispered awe in his voice when he was enthusing about the Vantage.

His voice became hushed and respectful — as it might when addressing royalty — when he touched a button that afforded my neighbours the sound of a V12 burbling magnificently like a contented baritone.

Beneath the bonnet of this awesome car lurked a V12, six-litre unit that produced a massive 510bhp.

This cannoned you to 60mph in just 4.2 seconds. With unlimited road space the car might then soar to 190mph.

So I was pleased to learn that Aston Martin is this year’s official automotive partner of the Henley Royal Regatta.

And, specially for an event founded in 1839 and one of the world’s most historic sporting occasions, Aston Martin has created a unique DB11.

“The specification of this one-off Henley Regatta DB11 was carefully chosen by the Aston Martin design team,” says the carmaker, which is based in Gaydon, Warwickshire, where cars are still hand-made.

Aston Martin says: “The specification of this one-off Henley Regatta DB11 features a raft of recently launched Q by Aston Martin — Collection options and explores the full gamut of exclusive paint and upholstery colours, material finishes and craft features, including some bespoke elements by Q by Aston Martin — Commission. The result is a car that’s distinctive and beautifully understated, mixed with classic colour combinations and superb contemporary finishes.”

Carbon fibre features extensively on the exterior, with both the carbon fibre body pack (front splitter, side sills and rear diffuser) and carbon fibre exterior pack (side strakes, hood blades and mirror caps) selected from the Q by Aston Martin — Collection range, then treated to a distinctive satin finish.

Inside, the design team elected for a scheme that reverses the exterior colours, with extensive use of Metallic Black leather and a Q by Aston Martin trim split that introduces flashes of Chancellor Red leather on the seats and door panels.

Swathes of Obsidian Black Alcantara are used on the headlining and cantrails, while a Shadow Chrome Jewellery pack adds another sleek and subtle layer of detailing.

More than 300,000 spectators attend the regatta each year. In addition to the static display, a fleet of Aston Martins will provide transport for regatta official and VIP guests.

One wonders what Hugh would make of it all.