Limited edition 911R is in line for some stiff competition — from Porsche! 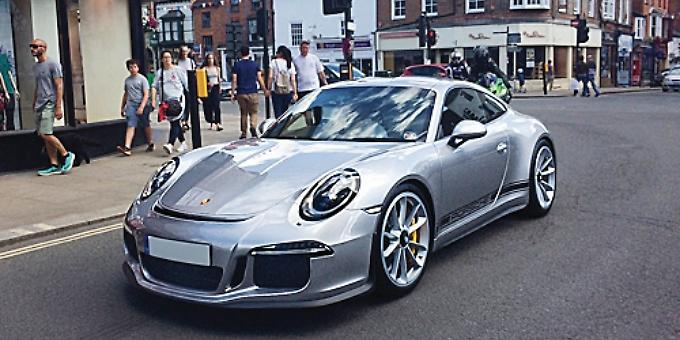 Motoring enthusiast BEN STODOLNIC, a pupil at Langtree School in Woodcote, loves to spot supercars on our roads. You can find him @mysupercarjourney on Instagram and YouTube

FINDING Porsches in Henley isn’t usually too difficult. However, this 911R rolling on to Bell Street is something you cannot turn a blind eye to.

Limited to just 991 units worldwide, the 911R’s asking price when new was £136,901. However, the value of these supercars, used, is currently upwards of £800,000, according to the high end car finance company Magnitude Finance.

The four-litre flat six contained inside this masterpiece of design has been lifted straight from Porsche’s hardcore 991 GT3 RS. The R can produce 493 horsepower at 8,250rpm. Porsche claim the 911R can accelerate to 62mph in 3.8 seconds and has a top speed of 201mph. Many people think this a somewhat conservative claim.

Top Gear’s Matt LeBlanc described the sound of the car as “addictive”, adding that “you and the car work together as a team”.

For example, the 911R relies on the driver to shift gears at an efficient rate, and to keep the heavy rear end of the car in line. Considering some of the positive aspects of the R, there is still one element looming over the concept of this perfect motor — the price.

Porsche are releasing a car this year which rivals the 911R — it has the same manual gearbox, produces more torque and revs to 9,000rpm. Better still, it’s not a limited model, meaning you would be able to acquire one provided you’re willing to endure the long waiting list.

Without a blatant rear wing like that on the GT3 RS, I couldn’t help but notice that the design of the exterior of the Porsche 911R was subtly stunning.