This definitive crossover looks set to run and run 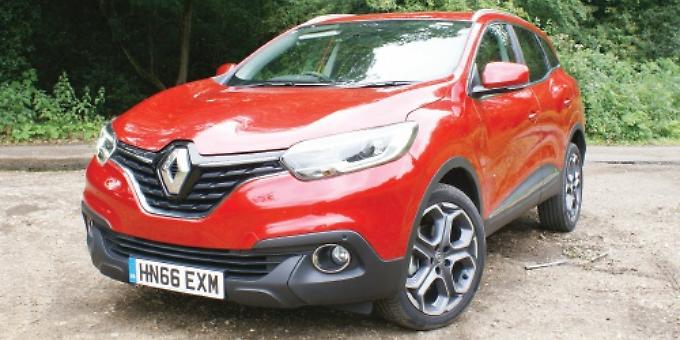 A COUPLE of years ago, I was praising the new Renault Kadjar as “a very good car indeed”.

The car greatly appealed to me — first and foremost because of its size.

The Kadjar has since become a front-runner in a new band of crossovers that offer families space, comfort and style without having to resort to buying a large 4x4.

Indeed, manufacture of this type of car is a growing trend. One car in every five sold around the world today is a crossover, and the sector is projected to continue growing in the coming years.

In two of the most important sales regions, Europe and China, crossovers account for even larger shares of the market — 23 per cent and 26 per cent respectively.

So no wonder the Renault Kadjar has been acclaimed in significant quarters, including being crowned best crossover in the 2016 Fleet World Honours.

One awards comment was telling: “Renault has shot straight to the top of this class with the Kadjar. It’s one of the best crossovers to drive.”

And I think this is where the Kadjar scores over rivals. It feels “right” when you are behind the wheel.

That good feeling also translates in the level of cabin comfort. The car is also said to have strong residual values and is therefore from the outset deemed good value for money.

I was struck by how good the Kadjar is when I went to a recent Renault roadshow when the French carmaker was showing off a range of new UK models.

So I revisited the car this week, driving a petrol version whereas before I had reviewed a diesel Kadjar.

The EDC gearbox is available with the dCi 110 engine. Four-wheel drive is offered with the dCi 130 in the three upper trim levels.

Last time out for me it was the latter engine — the dCi 130. As I recall it had that great torque (pulling power) diesels thrive on and therefore a willingness to perform.

This feature was not lost on the TCe 130 (petrol) engined car I have been driving. If anything, I prefer this turbocharged petrol engine — though they are probably equally as good.

So it is well worth spelling out the attractions of the Kadjar once again.

Renault says it is “three cars in one” — a “subtle blend of SUV, estate and saloon” — which after all is the definition, if you like, of the term crossover.

The Kadjar’s all-wheel-drive system is an intelligent method of improving traction, which allows three operating modes — Auto, LOCK and 2WD — so that owners can fine-tune how the car drives according to the road surface and weather.

The Kadjar has 190mm of ground clearance for owners in search of off-road adventure.

Top of the range Signature Nav versions have painted front and rear skid plates and a stainless steel boot sill guard to protect the underbody and keep it free from dirt.

The Kadjar’s estate-car versatility can be seen in the boot-mounted One-Touch easy folding rear seat system on the Dynamique S and above.

These release, and fold, the 60:40 split rear seats in one action.

There are high and low boot floor positions, which offer simplified loading or increased capacity according to requirements, and it is possible to compartmentalise the boot for secure storage.

The boot has a capacity of between 472 and 1,478 litres, depending on seating arrangements, and a towing capability of up to 1,800kg.

There is good head and leg room and even excellent elbow room; a quality interior trim and comfortable seats; a fluid driving style and excellent manoeuvrability, with a turning circle of 10.72 metres.

There is also an extensive array of driving aids, which include hands-free parking and a reversing camera.

The Kadjar, which was shown in public for the first time at the 2015 Geneva Motor Show, is a Renault model that should run and run if the car-buying public is made more aware of the presence of this value-for-money crossover.

Key features on test car include:

l Driving enjoyment, comfort, connectivity and safety to the fore