All-new Rio is the torque of the town (and country) 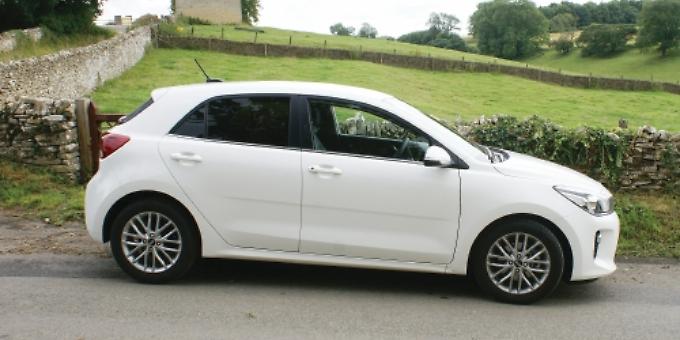 DRIVING the Kia Rio at its UK launch near Henley earlier this year, I was struck by how complete a small car it had become.

I say become because the 2017 all-new Kia Rio I have been driving this week is the fourth generation of a model that originated in 2000.

It is not the smallest car in the Kia firmament. That position is ably filled by the Picanto — an all-new version of which I hope to report on soon.

But the Rio is Kia’s global superstar, with sales close to 475,000 a year, accounting for almost a sixth of the South Korean company’s sales.

So a lot of Kia’s growing reputation rests on how the all-new Rio will be received.

Kia says that sales of the new Rio helped keep the carmaker in the top 10 selling brands in a car sales market down by almost 20 per cent during April.

With sales for the year reaching 35,996 Kia also held ninth place in the best-selling list to the end of April.

Ultimately, the new Rio will be judged on longevity of sales until the next generation appears.

And the way things are going in the intensely competitive 21st century global car market, that may be sooner rather than later.

I was cheered to see in the Kia Rio I have been driving that although a super mini costing just over £17,000 on the road, it had nice touches usually found in the comfort zone of bigger and more expensive cars.

The all-new Rio comes in 10 versions in three trim grades. The car I have been driving was the Rio 1.4 CRDi 3 Eco.

So this grade three car — there are also grades one and two and a top of the range First Edition — has some extra features that I find brilliant additions to a small car.

But the pièce de résistance was the heated front seats — and, best of all, heated steering wheel.

Those of you that have not experienced the latter are in for a treat on wintry mornings if you buy a car with a heated steering wheel.

The trouble is in the past there seems to have been some kind of “rule” that you could not have such a luxury on a small car. Why ever not, I say? It makes everyday motoring so much more bearable. The logical conclusion of this is of course that why do we need large ego-boosting cars at all when smaller more meaningful ones can do the job just as well?

The other day I drove another brand of super mini that actually had no air conditioning. This was a sure sign of marketing madness in a modern world.

We need more comforts not less as drivers, because we simply spend so much time in our cars these days literally sitting around.

The other plus with this all-new Rio — after driving several hundred miles in the car — is that it is a comfortable ride on long journeys.

Not only that, but although it is a so-called super mini and therefore you might assume more at home in town or urban environments, I found the car a competent motorway cruiser.

When I drove it at the launch it was striking that Kia had insisted that there would only be a five-door version. This represents another victory for common sense in my book — three-door cars should be for those motorists who like two-seaters.

I hope the fact the Rio remains a five-door will make it a popular choice.

Additional features on grade three, apart from those mentioned above, include
16-inch alloy wheels, rain-sensing front wipers, privacy glass on the rear side windows and tailgate, satellite navigation, Android Auto and Apple CarPlay connectivity, and Bluetooth with voice recognition.

With the introduction of Kia’s in-house 1.0-litre T-GDi (Turbocharged Gasoline Direct-injection) engine to the Rio, there are now six power units and three transmissions available.

Four of the engines are new to Rio, and in some cases there are improvements to fuel efficiency and CO2 emissions, despite the larger body of the latest model.

I have been driving a Rio with the 1.4-litre CRDi diesel engine. This has good torque (pulling power), taking me up my usual motorway slow incline section (near junction 15 on the M4) with some ease. This was the 89 bhp version available in grade three Rio with a six-speed manual transmission. Fuel economy is given as 74.3mpg (combined cycle) for this car.

And new to the market is the Rio Pulse, which enters the line-up between the mid-grade two and high-grade three versions and costs £14,595 on the road.

The price includes either Clear White or Midnight Black paint as standard — this is an extra charge on other models in the Rio range, but applied for no additional cost on Pulse.

My first impression of the all-new 2017 Kia Rio was very favourable. Time spent with the car this week has not altered that view. It has to remain a serious contender for sales in the super mini segment.