Powered-up all-rounder has everything just right 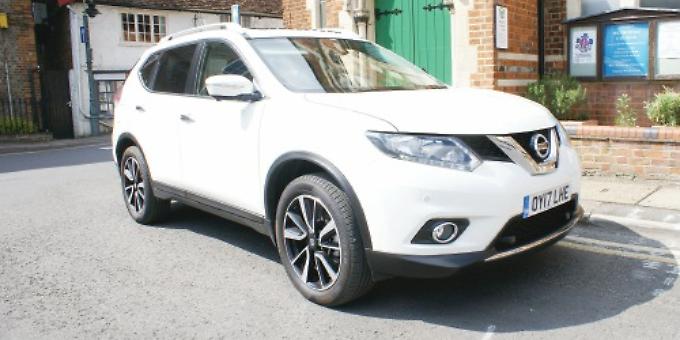 AT a stroke the D-word has become an even more challenging word for the car industry with the news that from 2040 new diesel and petrol cars will no longer be sold in Britain.

Any hazard to public health is indefensible and the government of the day has to be seen to be tackling such issues.

There will, of course, be numerous changes of government, prime ministers and policies in the next two decades.

But my story last week about how car makers are jumping on the all-electric and hybrid bandwagon illustrates how quickly things are moving.

Meanwhile, I have to confess that this week I have been enjoying driving a rather fine, diesel-powered crossover (combining the features of a sport utility vehicle with those of a passenger car).

The all-new Nissan X-Trail has undergone a complete transition from its rather less excitingly designed predecessor.

Having now experienced both petrol and the new diesel-powered versions, I have to say this is an excellent all-rounder.

Key to this is the fact that the new diesel engine available in the X-Trail is a much more powerful two-litre one that greatly improves the car’s overall power base.

“Offering 4WD [four-wheel drive] linked to an automatic transmission for the first time, it’s a significant enhancement to the already strong X-Trail range.”

He added that the new two-litre diesel engine was “a compelling upgrade to our already successful 1.6-litre diesel model”.

The new X-Trail scores because it is roomy but not over large. It has a generous amount of standard equipment and it is as happy with this new engine as an easy-going laid-back motorway cruiser as it is roughing it through rural byways and tough off-roading.

Moreover, I think the size of the new X-Trail is absolutely right. Nissan Qashqai owners, though no doubt happy with their lot, should check out this longer, better performing, better looking X-Trail as their next possible choice of new car.

I said then that this petrol version did not exactly bound up my “test hill” at junction 15 going east on the M4 — a steady incline where some cars’ torque (pulling power) is found to be wanting.

No such problem with this 4WD (four-wheel drive) two-litre diesel-powered X-Trail. I imagine the car with this particular engine would be a much better bet now for those towing caravans.

All-Mode 4x4-i means for a towing vehicle, the X-Trail 2.0-litre diesel is a capable performer. Braked towing capacity is 2,000kg on the manual model and 1,650kg on the two Xtronics, making the car suitable for those who need to move caravans, horseboxes, boats and trailers.

But away from sheer muscle power, I also found that at higher motorway speeds the engine wanted to go. A car that shows such willingness every time in the engine department — be the vehicle large or small — I find irresistible.

Available as a five- or seven-seater, its versatile seating system means plenty of room for passengers and their luggage. The second row splits and folds 60/40 for additional luggage space, reclines for passenger comfort and slides forward for access to the optional third row. This splits 50/50 and folds completely flat to create maximum load space.

A powered tailgate is available, operated at the tap of a button on the boot, via the Nissan intelligent key or with a switch mounted by the driver.

Opening the tailgate reveals Nissan’s luggage board system, which allows for shelves and dividers to be adjusted in any of 18 configurations. These include a hidden compartment to keep valuables out of sight.

The last word goes to someone who had owned an X-Trail from new.

“I think it’s the best car we have owned. It is very good on snow and ice and is very comfortable on long journeys. I would certainly buy another one.”

Actually, that was from an owner of an earlier model
X-Trail. He should check out the new one with the more powerful diesel engine.

Oh, and this new X-Trail also has the added attraction of looking good.