Pleasure to be part of VW 'family' 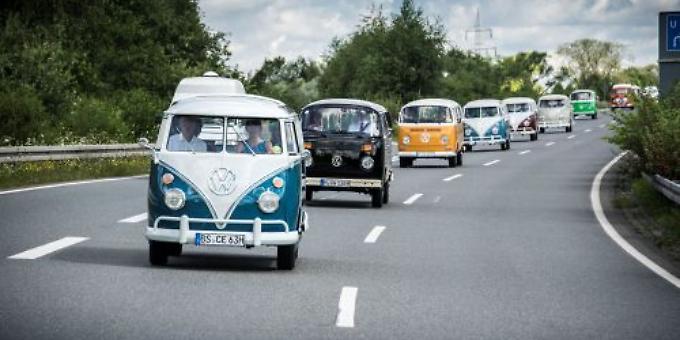 I HAVE owned two in the past and would not mind owning another: there’s something unique about the Volkswagen Transporter “family”.

Actually, there are quite a few names for this famous vehicle — the VW Combi or Kombi, the Caravelle, the hippy van or, as the Germans will have it, the plain old VW Bus.

At the beginning of this year I tested the new VW Caravelle, a champion now of the Volkswagen Transporter “family” which is unbelievably now in its sixth generation. A badge that bore testament to its longevity was a feature of the 2017 test model I was driving.

But I doubt whether hardened VW Bus fans are concerned with the technological advances of new Transporter models.

They love their ancient and not-so-modern VW buses, idiosyncrasies and all. And these fans were drawn from all over Europe, at the weekend to celebrate at a huge open-air party in the grounds of Volkswagen Commercial Vehicles’ Hanover plant.

Pop bands provided the music to create the perfect atmosphere. The festival featured a convoy of around 350 vehicles of all six-vehicle generations from Wolfsburg to Hanover, where the T-series (Transporter) is made today. The event was the final highlight of the four-day VW Bus Summer Festival in Wolfsburg’s Allerpark, of which Volkswagen Commercial Vehicles was the main sponsor.

The convoy symbolised the 1956 relocation of T-series production to Hanover, the state capital of Lower Saxony, where the Transporter has been built ever since.

Dr Eckhard Scholz, chief executive officer of Volkswagen Commercial Vehicles, led the way, driving his own T1 (model year 1965, PS: 44, colour: cumulus white / aquamarine) and then greeted the fans in front of the Stöcken factory. He said: “Our VW Buses are more than just a means of getting from A to B. They are part of a wonderful lifestyle feeling that constantly travels with you — and has done so across every vehicle generation.

“This easy-going lifestyle feeling could also be felt throughout the entire festival. It was simply lovely.”

Many VW Bus fans also took the opportunity to look at the many T-series collector’s items and recounted their own tales and experiences relating to all things Bus, for every vehicle tells its own, interesting story.

Bertina Murkovic, deputy chair of the works council said: “VW Buses have a cult status, which the festival has shown once again.

“Our vehicles opened up Europe and the world to whole generations. This unique feeling of freedom travels with you in every VW Bus to this day.

“It is the VW Bus fans together with the many company employees that have made it what it is today: the greatest and most popular multipurpose vehicle in automotive history.”

For more information on the festival, details are available at www.bullisummerfestival.de