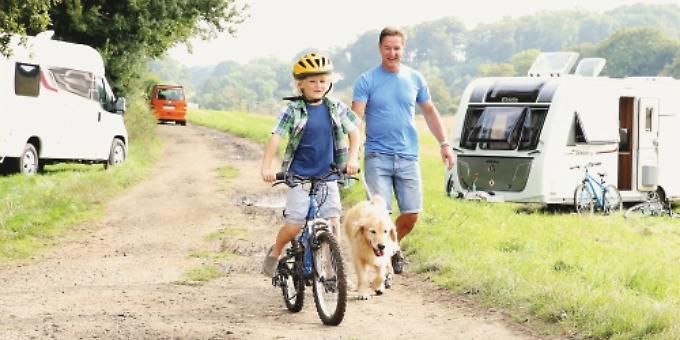 THE rising popularity of caravan and motorhome holidays in Britain has thrown up a new word — at least to me — to be added to the lexicon of away day jargon, writes Nigel Wigmore.

Staycations — according to one online dictionary “a holiday spent in one’s home country rather than abroad, or one spent at home and involving day trips to local attractions” — are on the up.

Correspondingly, so too are sales of caravans and motorhomes, says the National Caravan Council (NCC), which runs the UK’s largest leisure vehicle show, The Motorhome and Caravan Show 2017, at Birmingham NEC from October 17 to 22.

This annual event pulls in around 100,000 visitors, many of whom should be hotfoot to order new caravans and motorhomes.

The NCC says production of touring caravans was up 13.7 per cent in the first six months of 2017 compared to the same period last year, while motorhome registrations rose by 11.3 per cent. Caravan holiday homes are also steadily increasing, with a 5.6 per cent growth in deliveries to holiday park locations between January and June of this year compared to 2016.

From January to April, Britons took a record 14.4 million domestic holidays, or staycations in Britain — a figure up three per cent on the same period last year.

VisitEngland says that British residents took 44.7 million holiday trips in England during 2016 — up two per cent on the previous year.

More than 10.2 million, or nearly one in four of these holidays, used caravans, motorhomes or camping as accommodation.

Short breaks of one to three nights made up two thirds of all English holiday trips, with 29.3 million taken in 2016.

The Camping and Caravanning Club, formed in 1901, has grown to a record membership of 300,000 households this year.

With more than 100 UK sites, pitch night sales have risen nine per cent in the year to date compared with 2016. The club puts the increase in caravanning, motorhoming and staycations down to warmer British summers, lower fuel prices and a wider range of camping options such as glamping.

The Motorhome and Caravan Show is the biggest launch event of its kind in the UK, with all the new-for-2018 motorhome and caravan models being revealed.

Visitors can access more than 700 leisure vehicles from leading manufacturers and dealers and try their hand at caravan towing and motorhome manoeuvring.

Jenny Summers, group marketing director for the NCC, said: “The European tourer and motorhome industry is providing innovative and stylish products at competitive prices, with products such as campervan conversions appealing to a younger market. These figures also endorse the popularity of staycations in the UK.”