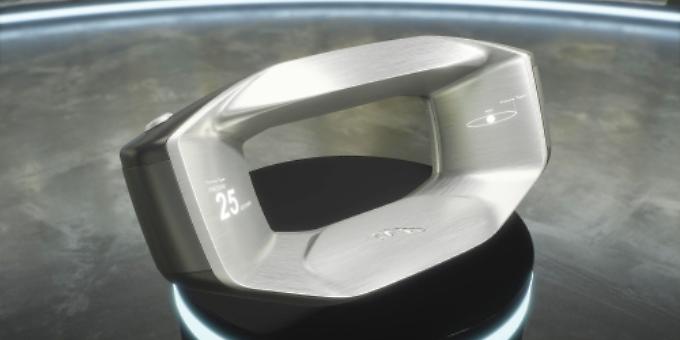 WHILE we’re talking about the future of cars — see my review of the plug-in hybrid Volvo XC90 T8 on the next page — how about this for a slice of what the future might hold in car autonomy?

Jaguar Land Rover is this weekend showing off at Tech Fest 2017 in London a gizmo called Sayer — a “connected steering wheel” that could in future “be the only part of the car you own”.

This is the premise put forward by JLR: “Need to be at a meeting two hours away from home by 8am tomorrow? Simply ask Sayer from the comfort of your living room and it will work out when you get up, when a car needs to autonomously arrive at your door and even advise which parts of the journey you might enjoy driving yourself.”

JLR asks us to “imagine a future of autonomous, connected and electric cars where you don’t own a single car but instead call upon the vehicle of your choice where and when you need it”.

The company says this is “a future vision” it is exploring with Sayer, which owes its name to one of the most prominent designers from Jaguar’s past, Malcolm Sayer, who worked for the British marque from 1951 to 1970.

Sayer will be the star of the car maker’s inaugural Tech Fest — an event that “explores the positive role technology is playing in reshaping the automotive industry and beyond”. “Technology with heart” is the theme.

The event will be packed full of innovative exhibits and interactive displays that demonstrate how technology is being used to make a positive difference.

Attendees can fast-forward to the future and glimpse a world where cars drive themselves and vehicles are shared, not owned.

The free-to-enter festival takes place at Central Saint Martins art, design and technology college in London. It is open to the public from today (Friday) until Sunday (September 10).