'Balletic' 308 is ready to perform 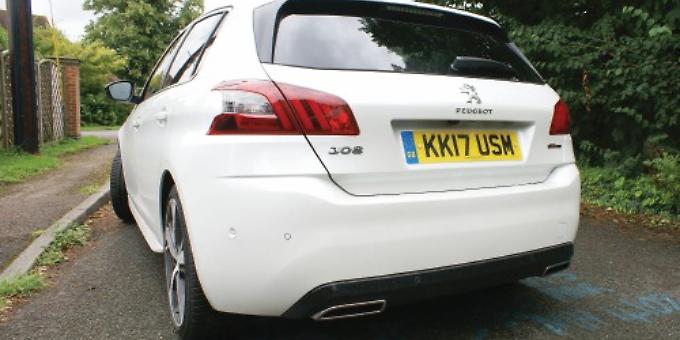 A QUICK flick of the sport button and with a growl and a discernible change in attitude the Peugeot 308 GT Line, like a ballerina, gets up on its toes ready to perform.

And with copious boot space and plenty of scale of performance from docility to growling power mode, this new 308 should sell very well.

With new infotainment and safety technology, the new Peugeot 308, which came to UK roads in September, is, says the French carmaker, the “most connected and safest yet”.

And I have to say, after driving the new updated Peugeot 308 GT Line, this particular generation of the 308 is turning out to be a very accomplished car.

There is a range of technology and styling enhancements for the 308’s 2018 model year.

This particular segment competes at breakneck speed on the connectivity front and Peugeot likes to keep ahead of the game.

So the new Peugeot 308 benefits from a giant 9.7in capacitive touchscreen, which puts the key functions of the interior safely at the fingertips of the driver.

This allows the integration of smartphone functions with the interface, ensuring drivers safely access functions as required.

Earlier this year I took the all-new Peugeot 3008 SUV to France on an extended test run and was impressed by the amount of high-tech equipment but also the level of cabin comfort — something usually the preserve of much more expensive cars. So now Peugeot’s 308 family hatchback and SW offer this kind of equipment, including intelligent Speed Limit Recognition, Adaptive Cruise Control, with stop functionality and an Active Blind Spot Monitoring System.

Peugeot’s Speed Limit Recognition offers a windscreen-located camera that reads speed limit signs and displays them on the car’s dashboard.

Signs for specific vehicles, such as HGVs, are filtered from the information feed.

The option of Adaptive Cruise Control with Stop function detects vehicles in front of the car and adjusts the speed automatically using the brakes to retain a safe distance.

An Active Blind Spot Monitoring System also alerts the driver to the presence of another vehicle in the blind spot to avoid any potential danger.

Under the bonnet, the new Peugeot 308 offers a new range of engines, which are all compliant with strict Euro 6 regulations.

The award winning three-cylinder PureTech petrol engine has been upgraded for the new model year, and is coupled with a new six-speed manual gearbox for improved efficiency and control.

The new eight-speed automatic transmission coupled with the 2.0L BlueHDi 180 Stop&Start completes the new engine range, while the new Peugeot 308 GTi by Peugeot Sport is powered by a 270 PS THP Stop&Start unit, enabling acceleration of 0-62 mph in just six seconds with CO2 emissions of just 139g/km. On the inside, new seat fabrics for Active and Allure trims enhance the comfortable interior, and all New 308 models benefit from the Peugeot i-Cockpit layout with its trademark compact steering wheel.

The cabin is further enhanced with the inclusion of a panoramic fixed cielo glass roof on Allure, GT Line and GT versions. I certainly found this glass roof a boon for touring.

Externally, styling details have been revised for a “sharper look”. The distinctive rear “claw effect” lights are now standard, while the front and rear bumpers and headlights have been
re-shaped to echo the family look of the new Peugeot 3008 SUV.

David Peel, managing director at Peugeot UK, said: “The New Peugeot 308 is now more competitive than ever. The new car adds to an already impressive technology offering, while new styling and interior options bolster the car’s kerbside appeal and bring it in line with the new Peugeot SUV family.

“Peugeot’s commitment to developing class-leading engine technology is also highlighted by the presence of the new versions of the award-winning PureTech and BlueHDi engines. The blend of performance and economy finishes a unique package for the keen driver.”