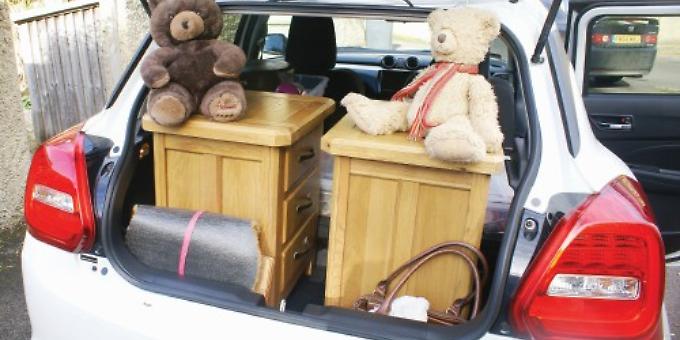 SO what should we expect from the all-new Suzuki Swift that went on sale in Britain in the summer?

After all, this is a car that was greeted with acclaim wherever it appeared when it first came to a world market.

Since its global launch in 2005 the new Swift has topped forecast sales in most markets. The car has been a runaway success in Europe and in Japan sales have exceeded all forecasts.

I was among the Swift’s early legions of fans. But does this new generation of the Swift, which made its debut in Japan at the end of last year, show the kind of improvements one might expect?

And the emergence of a new generation begs the question: how to improve on such a hit?

Well, yes, the new Swift is better than its predecessor and more so. Curiously, there is a kind of welcome sophistication about the new Swift that grows on you the more you drive it.

That “sophistication” of course also stretches to technological equipment, which naturally has evolved and become more pronounced.

You cannot produce a new car these days — especially one that has been a hit with the public and media alike – without piling on the techie stuff.

And once the car has established itself, designers, production and marketing staff are at liberty to concentrate on finessing the model.

So on the new Suzuki Swift 1.0 SZ5 SHVS Boosterjet I was driving you get a plethora of equipment including polished 16in alloy wheels, satellite navigation, an advanced forward detection system, keyless entry and start and rear electric windows.

I found the 1.0-litre three-cylinder Boosterjet Turbo petrol engine extremely economic — 65.7mpg on the combined cycle is the official figure.

But I think for my style of driving I might prefer the car to be powered by the 1.2-litre four-cylinder Dualjet engine. The 1.0-litre engine is perfectly good and would suit some drivers but I would like a bit more instant zip.

The explanation for this was that the car I was driving was equipped with the Suzuki’s SHVS mild hybrid system (Smart Hybrid Vehicle by Suzuki) offering CO2 emissions of 97g/km.

But make no mistake about it, these engines are finely tuned to the Swift’s combined handling and performance. And the hybrid version would I am sure suit a particular type of driver.

The thing I have found about the Swift is that you can drive it to your satisfaction if you remember that the engine is essentially a high-revving one and you must adapt accordingly.

I hope to drive the Swift with the larger engine at a later date and report back.

I had this last weekend to help with a house move. And you might think that the Swift would not be the transport of choice.

However, there is more interior room in the new Swift including 25 per cent more luggage capacity.

So we were able to offer meaningful assistance in the move with, among other household goods safely stowed in the car, two bedside tables side by side in the “boot” space.

This was achieved by the handy rear 60:40 split seat. Just by flattening these easily by releasing two catches you create the kind of load hauling capability of a small van.

I was also grateful — and that is the right word — that this comes as a five-door model. True, I am not good with three-door model cars no matter what their presumed status and price.

Maybe this comes after too many years of having to get rear-seat passengers to clamber behind the front seats or the awkwardness of placing stuff on the rear seats of three-door models.

Anyway, the seats were comfortable enough front and rear, though with our “moving day” load up the ride could get a bit bumpy on indifferent road surfaces — and there are a lot of those about today.

This new Swift, with its grown-up approach to motoring by offering the mild hybrid in tandem with more sophistication all round, shows the car is here to stay and seriously wants to capitalise on its global success.